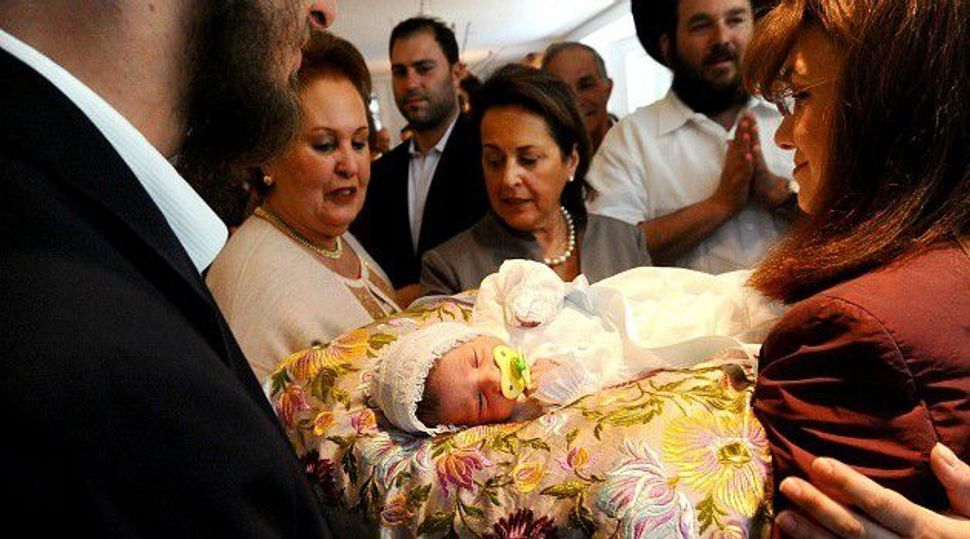 A controversial circumcision regulation hangs in the balance in New York City after a federal appeals court ruled that the regulation targets the freedom of religion of some Orthodox Jews and must therefore be reviewed under a standard known as “strict scrutiny.”

Robert Simins, a lawyer for the Orthodox groups who opposed the regulation, hailed the court’s decision as a “great victory… for all Americans who cherish religious freedom.” Simins said his clients hoped the regulation would “either be withdrawn at this time or declared unconstitutional in any further court proceeding.”

New York City enacted the regulation, in September 2012, requiring mohels to obtain written consent from parents before performing metzitzah b’peh, a practice in which the mohel uses his mouth to directly suction blood from the circumcision wound.

MBP is prevalent among New York City’s ultra-Orthodox communities. The city’s health department says that since 2000, 16 babies have been infected with herpes following the rite. Two of those babies died and two suffered brain damage.

The consent form states that the health department advises against MBP because it exposes an infant to the risk of herpes infection “which may result in brain damage or death.”

U.S. District Judge Naomi Reice Buchwald rejected their application in January 2013, ruling that the law did not specifically target religion. The Orthodox groups, she ruled, were therefore unlikely to win their case on religious freedom grounds. Nor were they likely to win, she wrote, on freedom of speech grounds.

But judges for the U.S. Court of Appeals for the Second Circuit, overturned that decision Friday, saying that the regulation did target a religion.

Circuit Court Judge Debra Ann Livingston, writing on behalf of the three-judge panel, said that the regulation was aimed at a specific religious practice. As such, the judges ruled that the city regulation must survive a higher level of legal scrutiny by showing the law is “justified by a compelling governmental interest and … narrowly tailored to advance that interest.”

The judges made the decision without expressing an opinion on the regulation’s legality. They also denied a previous request by Orthodox groups for a temporary stay of enforcement of the regulation while the legal battle continues.

In their ruling, the judges noted the strong medical evidence that MBP causes herpes infection in infants. According to a health department study, infants who undergo MBP are three to four times more likely to contract herpes than other baby boys.

There are about 15 cases of infant herpes in New York City each year, according to the judges.

The city health department believes that three babies were infected with herpes as a result of MBP this year.

A spokesperson from the city’s Law Department told the Forward Friday afternoon, “We are evaluating our options in light of the ruling.”