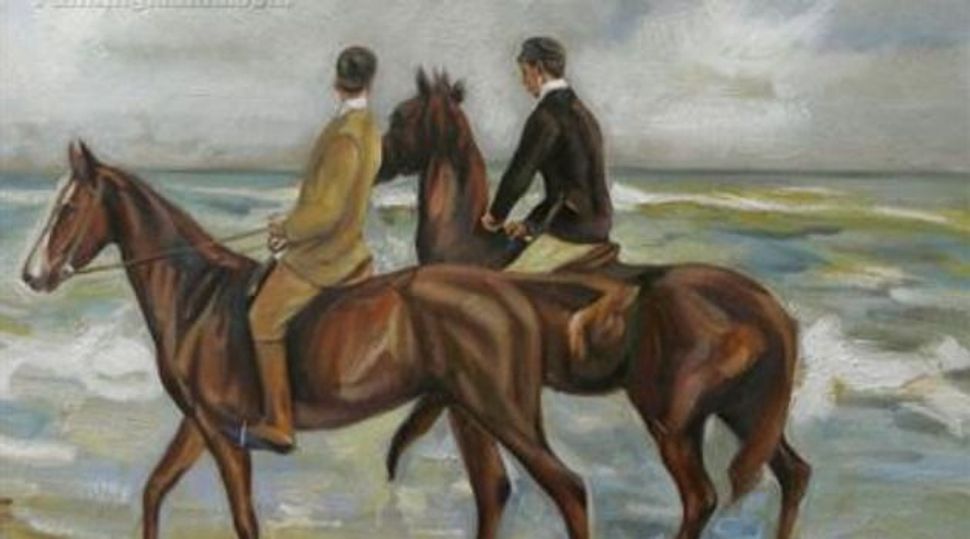 Art experts have determined that another painting from the art collection of the late Cornelius Gurlitt should be returned to the descendants of its previous Jewish owner.

The experts, appointed by the German government, determined that the painting “Two Riders on the Beach” by Max Liebermann was wrongly taken by the Nazis and properly belongs to the heirs of David Friedmann, a German-Jewish industrialist and art collector. The determination makes the Liebermann work the second of 458 contested works of art to be designated for restitution to the heirs of a Jewish owner, the New York Times reported.

Gurlitt, the son of German art dealer Hildebrand Gurlitt, who worked closely with the Nazis, was discovered by German tax authorities to be in possession of more than a thousand works by some of Europe’s most famous 19th- and 20th-century artists. Gurlitt, who died in May of this year, signed an agreement with the German government that any paintings determined by experts to have been improperly taken from their original owners would be returned.

Upon his death, it was revealed that Gurlitt willed his collection to the Kunstmuseum Bern in Switzerland. The Kunstmuseum has not yet agreed to accept the paintings, currently leaving them in a legal limbo.

The painting by Liebermann, a leading German Expressionist and himself a German Jew, could be worth upwards of $3.4 million, according to the Wall Street Journal. David Toren, the great-nephew of original owner Friedmann, had sued the Bavarian and German governments for the return of the painting.