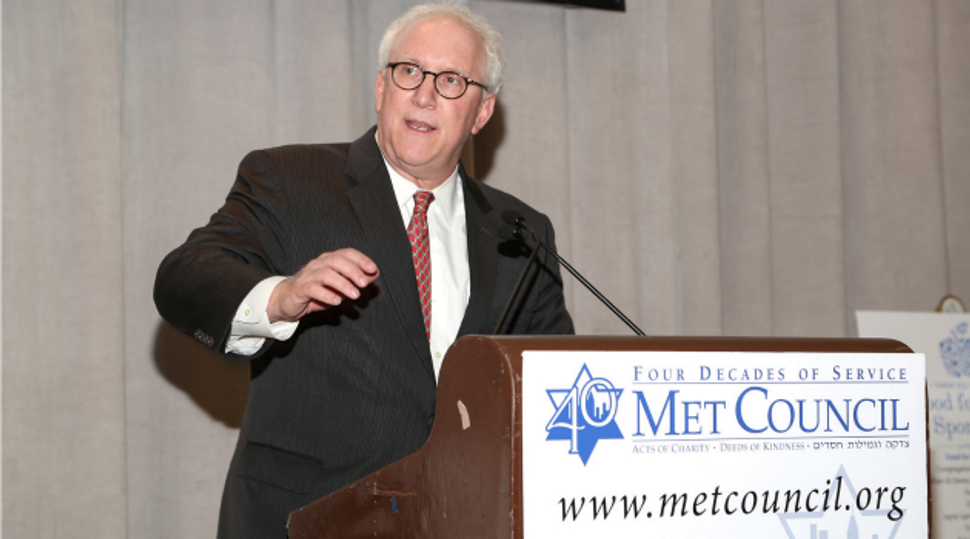 David Frankel Image by Courtesy of The Met Council

The scandal-damaged Metropolitan Council on Jewish Poverty is losing yet another CEO.

David Frankel, hired to lead the organization in August 2013 following the arrest of predecessor William Rapfogel, will leave the Met Council before the end of the year, the Forward has learned.

The former commissioner of the New York City Department of Finance, Frankel has worked to regain donors’ and government agencies’ trust in the Met Council in his year at the organization.

A spokesman for the Met Council confirmed that Frankel planned to leave the organization. “David Frankel has done extraordinary things for Met Council over the past year — including envisioning a reorganization strategy to sustain our core services for years to come,” the spokesman said, in a statement. “David has told us that he is happy to lead us in implementing that strategy, and that once it is complete he would prefer to move on to another challenge.”

Rapfogel, who led the Met Council from 1993 until 2013, pleaded guilty in April to stealing more than $1 million from the organization. He is currently imprisoned at the Hudson Correctional Facility, a medium-security prison in Hudson, New York, serving a 3 1/3 to 10-year sentence. Rapfogel’s predecessor, David Cohen, also pleaded guilty in the same scheme, as did the group’s former CFO, Herb Friedman.

Frankel will either leave the Met Council in September or at the end of December, according to two people familiar with the situation. The Met Council spokesman did not respond to the Forward’s inquiry on the timing of Frankel’s planned departure.

The departure comes in the aftermath of conflict both with the board and with the heads of the Jewish Community Councils, local groups that have relationships with the Met Council, according to one person involved in Jewish community affairs.

Prior to working for the city, Frankel had senior back-office roles at AIG and Morgan Stanley. Unlike his predecessors at the Met Council, Frankel does not wear a yalmuke, and is not seen as having close ties with the Orthodox Jewish community.

When Frankel arrived at the Met Council last August, both city and state agencies had frozen funding to the organization. In December, the group reached a settlement with the New York State Attorney General’s office that gave the prosecutor vast oversight over the organization for a period of five years in return for the unfreezing of state funds.