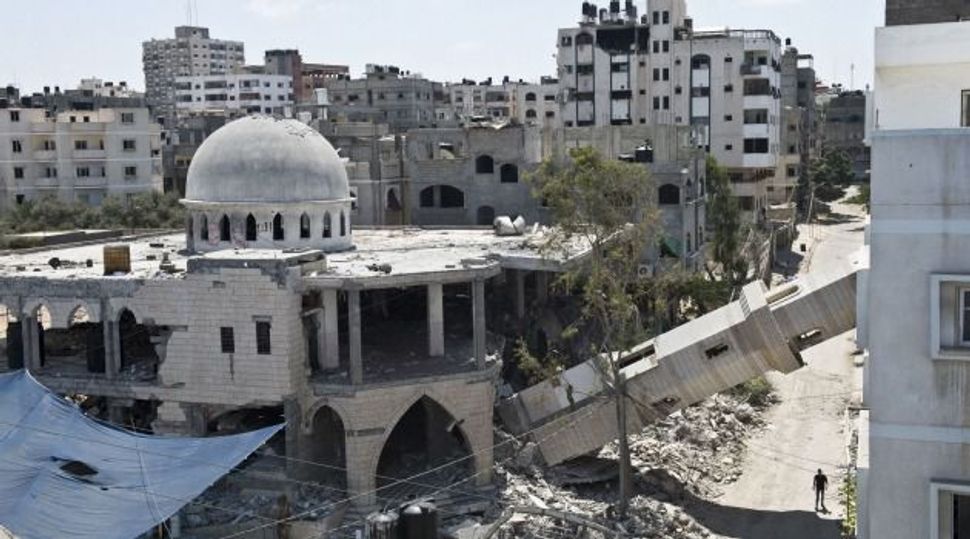 Britain, France and Germany have floated the idea of creating a monitoring and verification mechanism for any future ceasefire between Israel and the Palestinians in the Gaza Strip to prevent future conflicts, a senior British diplomat said on Friday.

The proposal was contained in an outline for a possible draft resolution prepared by the three European powers. U.N. Security Council diplomats said on condition of anonymity that the trio is discussing the proposal with several of the 15 council members, including the United States and Jordan, as well as non-council members Israel and Egypt.

“The European 3 countries have been discussing with other members of the Council elements for a resolution,” Britain’s U.N. Ambassador Mark Lyall Grant, council president this month, told reporters.

“We hope that the council will come together around a single draft resolution that can be adopted quickly,” he said. “That is what we’re working on.”

Israel launched its latest offensive against Gaza on July 8 to halt missile salvoes by Hamas militants, who have been angered by a crackdown on its supporters in the occupied West Bank and suffering economic hardship because of an Israeli-Egyptian blockade of Gaza.

Egypt has been acting as a mediator between Israel and Hamas, the militant Palestinian group that controls Gaza, since hostilities erupted last month. But ceasefire talks and a temporary truce recently broke down and fighting resumed.

Given concerns about the possibility of a protracted conflict that could dramatically worsen the already difficult humanitarian situation in the densely populated and impoverished Gaza, the three European powers have been exchanging ideas on a sustainable truce, diplomats said.

They said that both Israel and the United States have indicated it might be a good idea for the Security Council to take action to help bring an end to the Gaza war.

One of the key ideas in the text of the proposal prepared by Britain, France and Germany, seen by Reuters, is a call for the council to “establish an international Monitoring and Verification Mission.”

It said that mission’s responsibilities would include investigating ceasefire violations and reporting them to the council, aiding the movement of people and goods to and from Gaza, and acting as a liaison.

Jordan already presented its own draft ceasefire resolution but it does not include a monitoring mechanism, which council diplomats say is one of the main flaws with a 2009 resolution passed by the council.

“We have strong views on what needs to be included in any resolution,” Lyall Grant said, adding that it should call for “an international and credible monitoring and verification mechanism.”

“It should … set out clear parameters for a sustainable ceasefire – that there must be no return to the status quo ante, and that any resolution helps to ensure that this crisis does not break out again in a few months or a few years’ time.”

Diplomats say the monitoring mission could be set up by the U.N. or European Union.