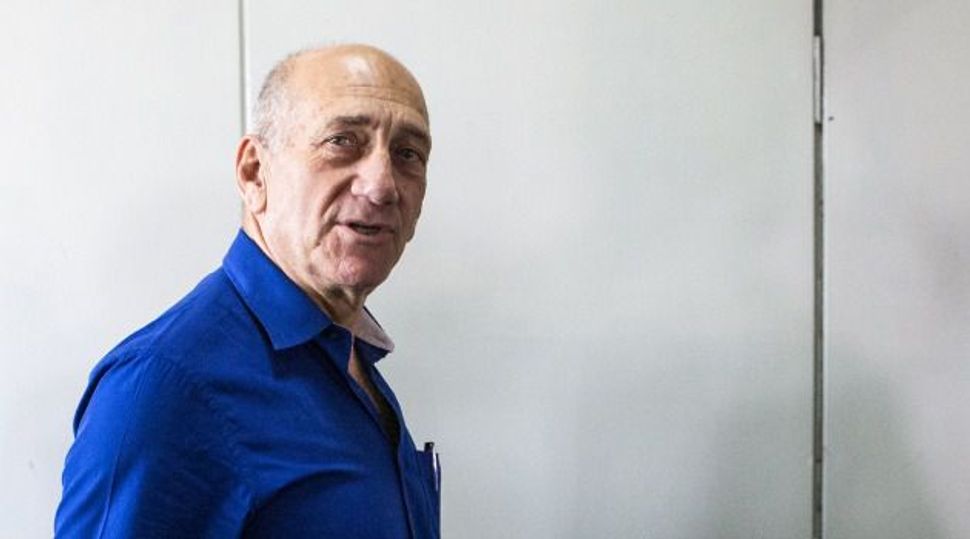 Former Israeli Prime Minister Ehud Olmert went on trial for the second time in the Talansky Affair, the bribery case which led to his resignation in 2008.

The Supreme Court said it will allow new testimony from Olmert’s former assistant Shula Zaken, including recordings of conversations between Olmert and Zaken, who provided the information last spring as part of a plea bargain. Zaken and Olmert reportedly will take the stand in the retrial.

In 2012, The Jerusalem District Court acquitted Olmert on charges of fraud, breach of trust, tax evasion and falsifying corporate records in what became known as the Talansky and Rishon Tours affairs. He was found guilty on a lesser charge of breach of trust in what was known as the Investment Center case.

Olmert was accused of allegedly paying for family vacations by double billing Jewish organizations through the Rishon Tours travel agency; allegedly accepting envelopes full of cash from American businessman and fundraiser Morris Talansky; and allegedly granting personal favors to attorney Uri Messer when he served as trade minister in the Investment Center case. The charges were filed after he became prime minister in 2006, but covered his time as mayor of Jerusalem and later as a government minister.

He officially resigned as prime minister in September 2008 after police investigators recommended that he be indicted.

Zaken was convicted on two counts of fraudulently obtaining benefits and fraud, and breach of trust in the Rishon Tours case.

In May, Olmert was sentenced to six years in prison for accepting bribes in the real estate scam known as the “Holyland affair” and ordered to report to prison on Sept. 1. The prison date was suspended pending his appeal.

He could spend more time in prison if convicted in the second Talansky trial.