France Is Largest Source of Immigration to Israel in 2014 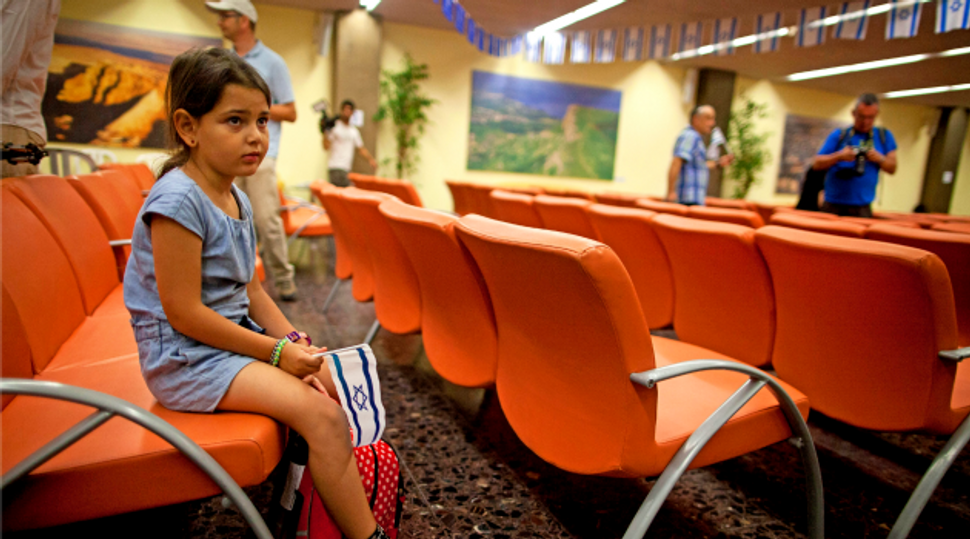 Reaching a 25-year high, immigration to Israel from France has become the largest single source of newcomers to Israel so far this year.

Some 4,566 French immigrants arrived in Israel from January through Sept. 1, surpassing Russia, with 2,632 immigrants, and Ukraine, with 3,252 immigrants. The United States, whose Jewish population is more than 10 times that of France, has sent 2,218 new immigrants to Israel so far this year.

The figures were published on Sept. 1 by Israel’s Ministry of Immigrant Absorption. The number of French immigrants in 2014 is the highest on record since 1989 and already has surpassed last year’s record-breaking number of 3,263 French newcomers. In 2004, another banner year for French aliyah, there were 2,948 French immigrants to Israel.

Immigration from Ukraine — where government troops are fighting pro-Russian separatists in a conflict that has produced thousands of casualties and tens of thousands of displaced persons — also increased dramatically this year.

The 3,252 immigrants who came to Israel from Ukraine since January constituted a 61-percent increase over the 1,270 Ukrainian immigrants who arrived in Israel during the corresponding months last year.

Officials from the Jewish Agency for Israel, the quasi-governmental agency responsible for organizing Jewish immigration to Israel, said the increase in immigration from France is connected to rising levels of anti-Semitism in France, a stagnant French economy and strong levels of Zionist sentiment among French Jews.

France Is Largest Source of Immigration to Israel in 2014