Brant Rosen Resigns From His Pulpit, Citing Divisions Over Israel 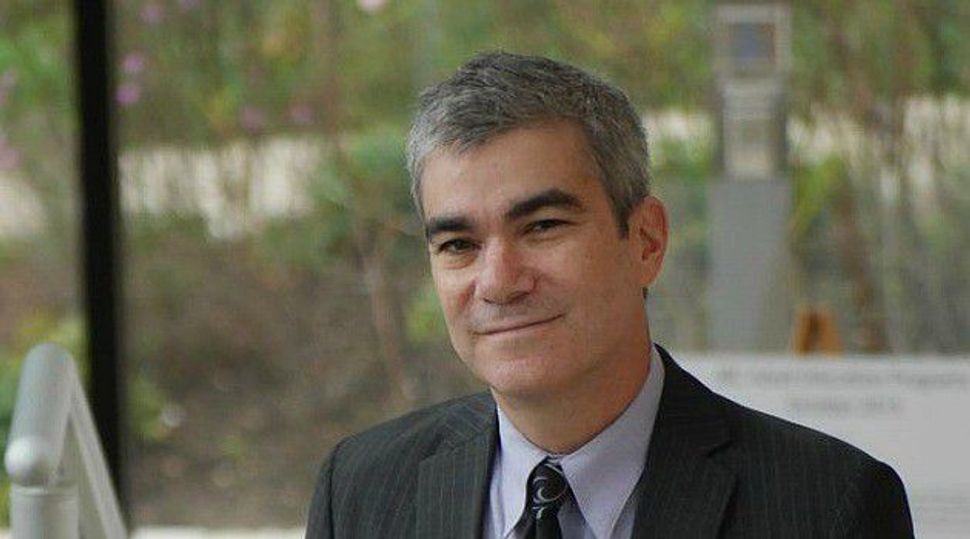 (JTA) — A prominent rabbi whose outspoken criticism of Israel become too divisive for his congregation announced this week that he is resigning his pulpit.

Brant Rosen, rabbi at the Jewish Reconstructionist Congregation in Evanston, Ill., made the announcement Tuesday. Aside from his pulpit position, which he has held for 17 years, Rosen is also the founder and co-chair of the rabbinical council of Jewish Voice for Peace, a group that promotes boycotts of Israel and has been listed by the Anti-Defamation League as one of the top 10 anti-Israel organizations in the United States.

Rosen said the synagogue board did not force him to step down; rather, the decision was driven by his concern for his own and the congregation’s well-being.

“It’s become clear to me very recently that the atmosphere in the congregation is becoming more divisive,” Rosen told JTA this week. “It’s clear that I am the lightning rod for that division, so I made the decision about 10 days ago to step down.”

Rosen’s departure, and the turmoil that led to it, highlight the deep and emotional fissures in the American Jewish community over Israel and its conflict over the Palestinians. The Jewish Reconstructionist Congregation highlights diversity and progressive values, and its board consistently had backed Rosen’s right to speak his mind on the Middle East, according to Rosen and board president David Tabak.

But Rosen’s controversial outspokenness began to destroy the community.

Frustrated by Israel’s Gaza campaign in 2008, Operation Cast Lead, Rosen began publicizing his strident criticism of Israel and strong support for the Palestinians in late 2008 on his personal blog, Shalom Rav.

“We good liberal Jews are ready to protest oppression and human-rights abuse anywhere in the world, but are all too willing to give Israel a pass,” he wrote. “What Israel has been doing to the people of Gaza is an outrage.”

Rosen subsequently became co-chair of the rabbinical council of Jewish Voice for Peace. The organization has made strident criticism of Israel its focus, promoting the BDS campaign to use boycotts, divestment and sanctions against Israel; heckling Israeli officials in public speeches and organizing anti-Israel demonstrations in numerous U.S. cities during this summer’s Gaza war.

At his shul Rosen was careful mostly to separate his activism on Israel from his role as the congregation’s rabbi, according to Tabak, rarely speaking about the issue from the pulpit.

But his advocacy polarized many members, with some openly hostile to Rosen’s point of view and others vigorously supportive of it. That polarization and the arguments that grew out of it began to destroy the community’s cohesion, Tabak said.

“The dichotomy of opinion did not bother me – even the strenuous adherence to these beliefs did not bother me,” Tabak told JTA. “What I found really disturbing is that a very warm and welcoming and accepting congregation really did have schisms developing.”

The congregation struggled to bridge the divides by encouraging members to organize events, but those, too, quickly broke down into a left-right divide. Some 20 members of the congregation accompanied Rosen on a trip to visit Palestinian activists in the West Bank. Others, including longtime members, began to circulate letters and emails criticizing Rosen. Some left the congregation altogether, citing Rosen’s views on Israel as the cause.

Throughout, the board stood behind Rosen.

Then, in June, Rosen traveled to Detroit with members of Jewish Voice for Peace to encourage the Presbyterian Church (U.S.A.) to pass a resolution on divesting from three companies that do business with Israeli security services in the West Bank. When the conflict in Gaza began, he marched in pro-Palestinian solidarity rallies in Chicago.

Those were, Rosen says, “the final straws.” Yet another letter circulated, this one accusing Rosen of neglecting his duties to the congregation. Rosen said the emotional toll, and the awareness of the pain his views were causing members, became too much.

“I didn’t feel I could give my all to my job anymore,” he said.

“I don’t know that he would have lasted anywhere near as long as he did at any other congregation,” said Joseph Aaron, editor and publisher of the Chicago Jewish News. “I think it says something good about the synagogue, because for a very long time they allowed him to espouse points of view that most synagogues wouldn’t have tolerated.”

Rosen will remain at his congregation for another six months. He said he plans to move professionally into activism rather than seeking another pulpit. The congregation is searching for another rabbi and relaunching its Israel programming with a greater emphasis on balance, Tabak said. It will take a wider view of Israel beyond politics to include culture, history and face-to-face interaction.

The rabbi’s departure is good and bad, Tabak added.

“For the congregation, in some ways it is good in the sense that it gives us a chance to repair some of the relationships that have split here in the past,” Tabak said. “In other ways, he’s been with us for 17 years. He bat-mitzvahed my eldest daughter, but he won’t be available for the youngest. He’s been a fixture of our lives.”

Brant Rosen Resigns From His Pulpit, Citing Divisions Over Israel