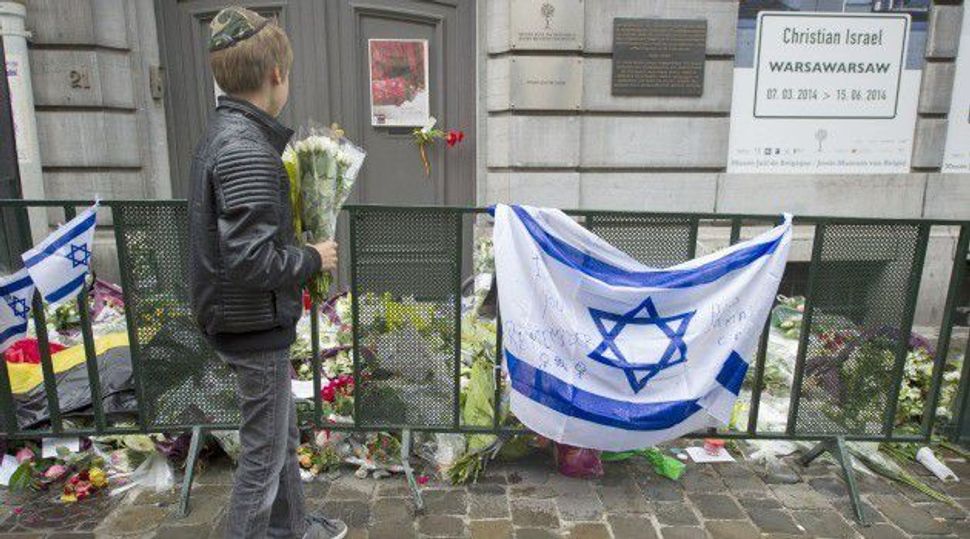 The Frenchman suspected of killing four people at the Jewish Museum of Belgium has been identified as one of the Islamists who held a French journalist captive in Syria.

French journalist Nicolas Henin told reporters at a news conference on Saturday that Mehdi Nemmouche was for six months one of his captors, and that he mistreated his prisoners. Henin called Nemmouche “violent and provocative.”

Henin said he recognized Nemmouche from video and audio recordings after Nemmouche was arrested in the Brussels shooting.

Henin said he was held for a time during his captivity that ended in April 2013 with American journalists James Foley and Steven Sotloff, who were killed by an ISIS member who beheaded him on camera and released the videos.

“When Nemmouche was not singing, he was torturing. He was part of a small group of Frenchmen whose visits would terrify the 50-odd Syrian prisoners held in the cells nearby,” Henin told the French magazine LePoint, which broke the story on Saturday. “Every night the blows would start raining down in the room, where I was also interrogated. The torture lasted all night, until dawn prayers.”

Nemmouche has been in police custody on suspicion of murder, attempted murder and possession of weapons since his arrest on May 30 in the southern French city of Marseille.

French police said June 1 that they believed Nemmouche committed the May 24 murders at the Jewish Museum of Belgium and then traveled to Marseille on a bus. He was arrested at a routine customs inspection of the passengers on the bus, which left from Amsterdam via Brussels to France.

Four people were killed in the attack at the museum, including two Israeli tourists, a French volunteer at the museum and a Belgian employee.

Nemmouche, who lived in the French city of Roubaix on the border with Belgium, had spent several years in a French jail for armed robbery. French authorities believe he left for Syria via Belgium to fight with jihadists in 2012 before returning to Europe.