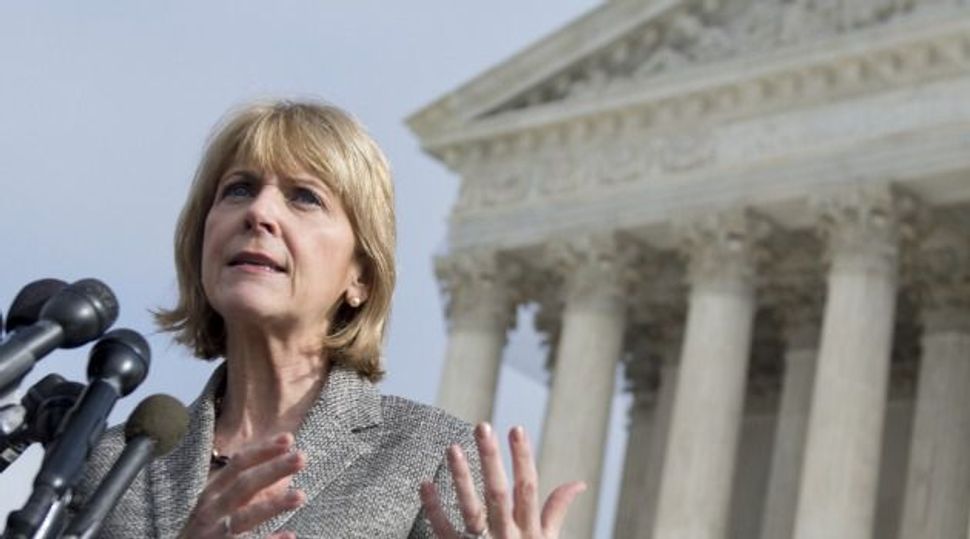 Massachusetts Attorney General Martha Coakley speaks to the media outside the US Supreme Court following oral arguments in the case of McCullen v. Coakley. Image by Getty Images

Martha Coakley, the state’s attorney general, on Tuesday defeated Steve Grossman, the state treasurer and Don Berwick, a former administrator of the federal Centers for Medicare and Medicaid Services.

Coakley, who ran unsuccessfully for the U.S. Senate in 2010, garnered 42 percent of the vote to Grossman’s 36 percent and Berwick’s 21 percent, the Boston Globe reported.

Grossman is a former president of the American Israel Public Affairs Committee and a former chairman of the Democratic National Committee.

Grossman also ran for governor in 2002, but withdrew when it is clear he would not win.

Dan Wolf, an airline executive and state senator who is also Jewish, withdrew earlier from the primary.

Evan Falchuk, a health care executive, is running an independent campaign and remains in the race.