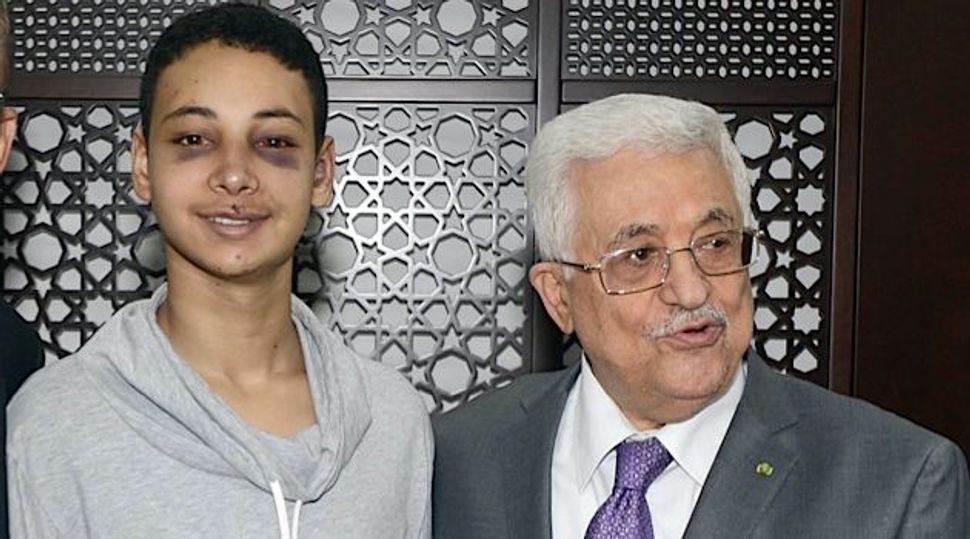 An Israeli policeman was charged on Wednesday with assault causing bodily harm against a 15-year-old American of Palestinian descent during a protest over the revenge killing of the teenager’s cousin days before the eight week war with Gaza.

The indictment submitted to a Jerusalem court charged the policeman with grabbing the youth and throwing him to the ground, and subsequently pummeling him and dragging him with help from other officers in the course of his arrest.

The U.S. State Department at the time urged a “speedy, transparent and credible investigation and full accountability for any excessive use of force” against the American teen, a video of whose arrest was circulated on the Internet.

The protests had erupted after the torching to death of the high school student’s cousin, Mohammed Abu Khudeir, 16. Three Israelis have been charged with the murder, said to have been done as revenge for the killings of three Israeli teens in June.

The two-page indictment did not identify the teenager, but a Justice Ministry official confirmed it concerned Tariq Khdeir of Tampa, Florida, whose encounter with police stoked Arab-Israeli tension before the conflict erupted.

Police said at the time Khdeir was one of six protesters detained during the clashes in East Jerusalem.

Israel has since released him and he returned to Florida in mid-July.