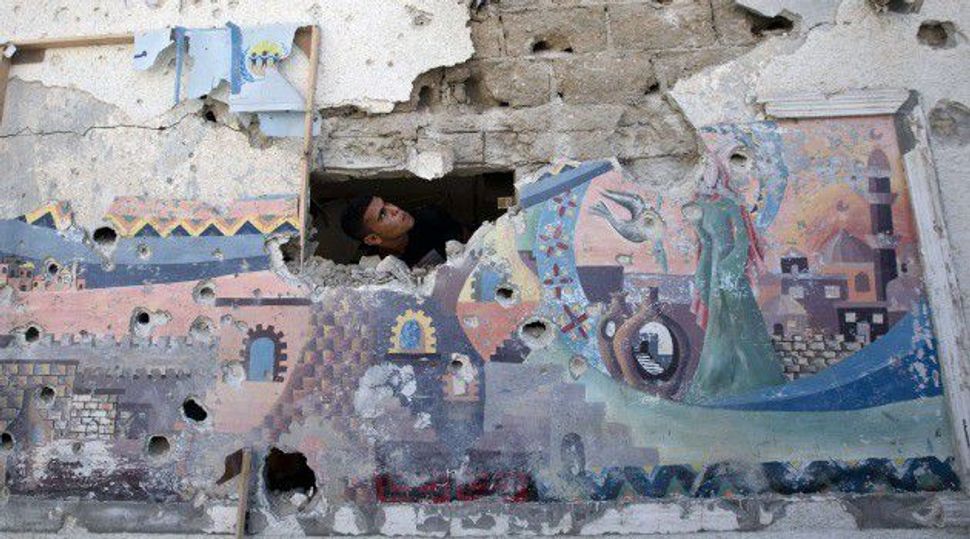 Human Rights Watch accused Israel of committing war crimes by attacking three U.N.-run schools in the Gaza Strip in fighting in July and August, killing Palestinian civilians who had sheltered there.

The New York-based group issued a report on Thursday that it described as the first in-depth documentation of the incidents, which took place during a 50-day conflict between Israel and Palestinian militants that ended in a ceasefire on Aug. 26.

“Three Israeli attacks that damaged Gaza schools housing displaced people caused numerous civilian casualties in violation of the laws of war,” it said in the report, based on interviews with witnesses and field research in the Hamas Islamist-dominated enclave.

The group also said it was skeptical about the credibility of five criminal investigations announced by Israel’s military on Wednesday into its Gaza war operations.

Human Rights Watch said 45 people, including 17 children, were killed in or near the “well-marked schools” in the strikes on July 24 in the northern Gaza town of Beit Hanoun, on July 30 in Jabalya refugee camp and on Aug. 3 in Rafah, in the south of the enclave.

It said its inspection of the Beit Hanoun site and photographs of munitions remnants suggested Israel fired mortars at the school, killing 13 people.

The Israeli military said at the time the school was hit by errant fire and the area around the facility had been used by Palestinian fighters to launch rockets.

In the Jabalya attack, Human Rights Watch said, Israeli artillery shells killed 20 people at the school. The military said its troops had come under mortar fire from fighters in the vicinity of the building and had shot back.

Twelve people were killed at the school in Rafah, Human Rights Watch said, and an impact crater and fragments “strongly suggested” a Spike missile had been fired by an Israeli aircraft. The military said shortly after the incident that it had targeted three militants on a motorcycle near the school.

Human Rights Watch, which called in its report for “all parties in the armed conflict in Gaza” to take measures to minimize harm to civilians, said the attacks on the Beit Hanoun and Jabalya schools “did not appear to target a military objective or were otherwise indiscriminate”, while the third strike, in Rafah, was “unlawfully disproportionate”.

On its website, the group noted that Israel had opened five criminal probes, including one into the Beit Hanoun incident.

But it said: “Israel has a long record of failing to undertake credible investigations into alleged war crimes.”

Israel’s military said on Wednesday it hoped to obtain testimony from Palestinian witnesses with the help of international organizations operating in the Gaza Strip.

The military investigations could help Israel challenge the work of a U.N. Human Rights Council commission of inquiry into possible war crimes committed by both sides in the fighting.

Israel has long accused the 47-member state council of being biased against it and says Hamas militants, who launched rocket attacks on Israeli towns, operated in residential areas and bear ultimate responsibility for Palestinian civilian casualties.

More than 2,100 Palestinians, most of them civilians, were killed in seven weeks of fighting, according to the Gaza health ministry. Sixty-seven Israeli soldiers and six civilians in Israel were killed.

Israel launched its Gaza offensive on July 8 with the declared aim of halting the cross-border rocket salvoes by Hamas.