70 Years After Death in Battle, Jewish Soldier Buried at Arlington 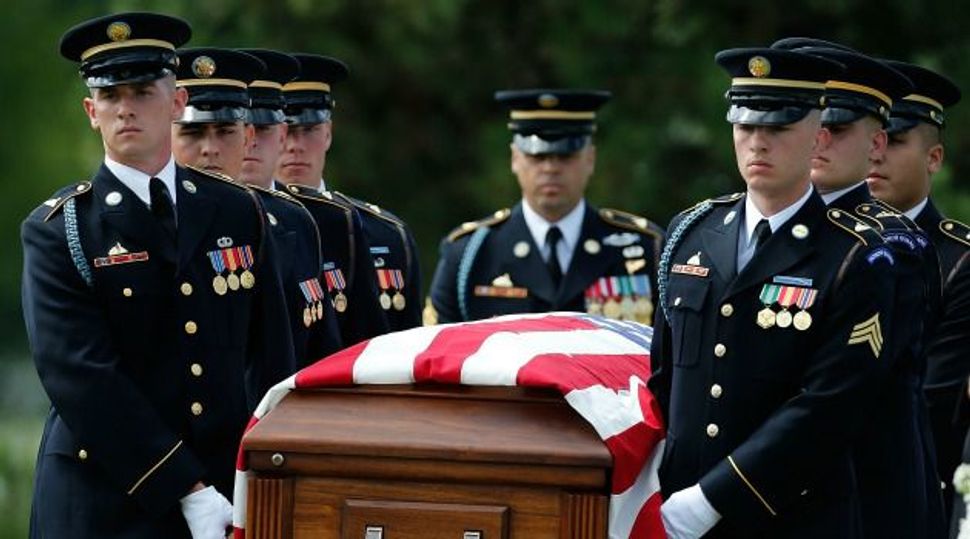 Private First Class Daniel Gavrin, declared missing in 1944, was laid to rest at Arlington National Cemetery in a Jewish ceremony.

Gavrin was given full military honors on Friday, and a flag was handed to his nephew, David Rogers.

Gavrin was part of an invasion force in Saipan, then occupied by Japan, in June 1944. Japanese forces subjected the forces to banzai, or suicide, attacks, and killed and injured over 900 U.S. soldiers.

Gavrin, 29, was reported missing on July 7 and declared presumed dead a year later.

About 40 mourners attended the service at Arlington cemetery, led by Rabbi Marvin Bash, and the U.S. Army Band played Yigdal Elohim Hai, a hymn, and America the Beautiful.

70 Years After Death in Battle, Jewish Soldier Buried at Arlington