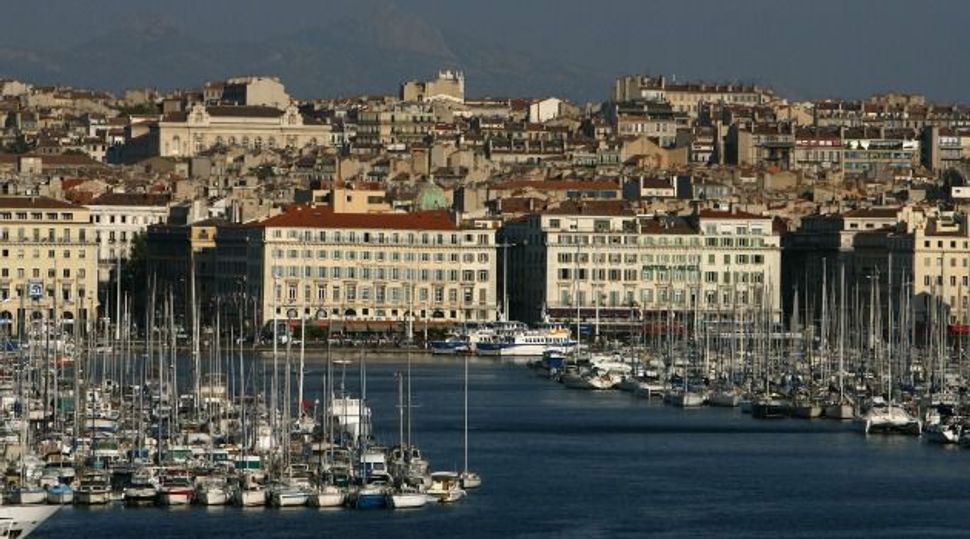 Police in Marseille arrested a man who brandished a weapon in front of a Jewish school and threatened to commit murder.

The man, who was not named, approached the Gan Ami school while carrying the weapon, shouting: “I will kill all of you,” an unnamed police source told the Le Figaro daily. The man, 48, was drunk and was arrested soon after making the threats, according to the report.

The police source said the man lived next door to the school, and that he was annoyed at a truck that was parked outside the school, which blocked traffic and prompted other drivers to sound their horns. The incident happened at 1 P.M. on Sept. 10 as parents were arriving to pick up pupils and take them home.

The incident occurred amid a major effort by police to provide protection to Jewish institutions and especially schools. Beefed up following a dramatic increase in anti-Semitic attacks in 2014 compared to last year, the tight security is part of a heightened state of alert which began in 2012, when an Islamist murdered three children and a rabbi at a Jewish school in Toulouse.

SPCJ said the increase owed to a proliferation of attacks on Jews over Israel’s summer conflict with Hamas in Gaza.

Last week, French police arrested a 26-year-old man on suspicion that he threw stones at police during an anti-Israel rally in Paris on July 19. Earlier this month, a 34-year-old Tunisian man received two months in jail for a similar offense.