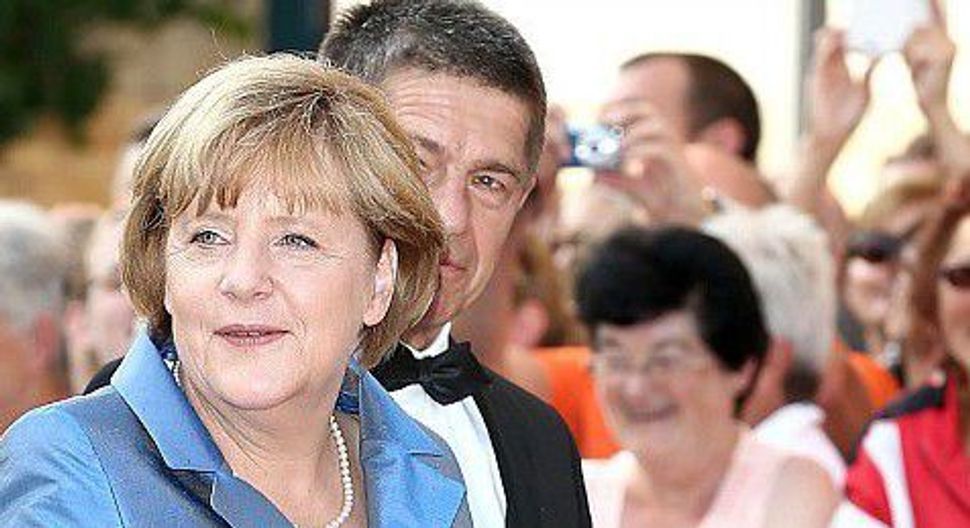 Chancellor Angela Merkel of Germany told thousands at a rally in central Berlin that it was the German state’s duty to fight anti-Semitism.

“That people in Germany are threatened and abused because of their Jewish appearance or their support for Israel is an outrageous scandal that we won’t accept,” Merkel said Sunday at the rally to protest rising anti-Semitism in Germany.

The national rally, organized by the Central Council of Jews in Germany, was held under the banner “Stand up! Say no to anti-Semitism.”

Some 240,000 people of Jewish background are living in Germany today, including about 105,000 members of official Jewish communities. In 1933, before the Nazis came to power, there were more than 500,000 Jews in Germany.

“Anyone who hits someone wearing a skullcap is hitting us all,” Merkel said. “Anyone who damages a Jewish gravestone is disgracing our culture. Anyone who attacks a synagogue is attacking the foundations of our free society.”

Merkel called Jewish life “part of our society” and the Jewish population of Germany “a gift.”

German President Joachim Gauck also attended the rally, as did government ministers and religious leaders, including Protestant, Catholic and Muslim.