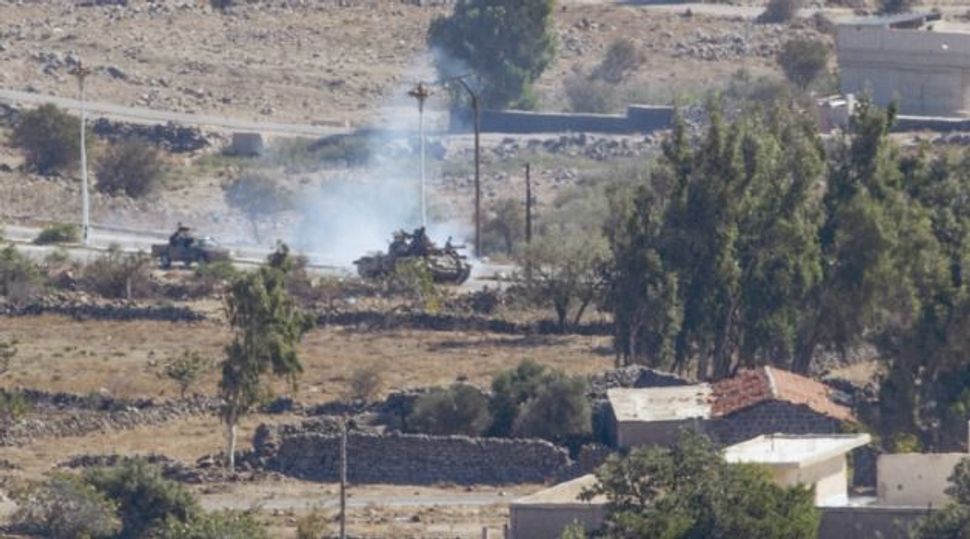 A rocket fired in Syria as part of its civil war struck Israel near the Quneitra crossing in the Golan Heights.

No injuries or damage were reported from the rocket, which stuck Israel on Monday morning.

On Friday night a mortar shell struck Israel on the Golan, where a number of rockets and mortar shells have spilled over from the civil war in recent months and more in recent weeks.

Fighting in Syria near the Israel border was reported to be intense on Monday morning, as United Nations peacekeepers reportedly evacuated their equipment to Israel from Camp Faouar, the United Nations Disengagement Observer Force’s main headquarters, located in Syria near Quneitra, the only official border crossing between Israel and Syria. The equipment was evacuated through special gates opened for them by the Israeli military, the Times of Israel reported, citing Israel Radio.

Also on Monday, a siren signaling incoming rockets wounded in communities on the border with Gaza, which the Israel Defense Forces said was a false alarm. No rockets have been fired from Gaza on Israel since a cease-fire went into effect on Aug. 26.