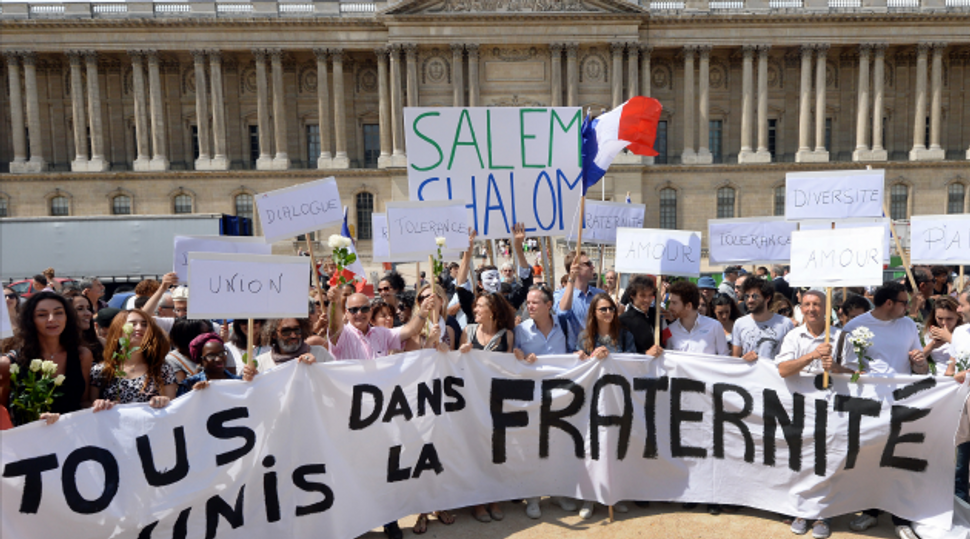 Paris will see the opening of its first Moishe House amid a soaring number of anti-Semitic attacks in France.

The launching party for the Moishe House in central Paris’ 11th Arrondissement, or district, is scheduled to take place next week, but the three residents moved into the apartment in recent weeks, Aurelie Attia, one of the residents, told JTA on Monday.

Moishe House is a project that subsidizes housing for young Jewish adults interested in setting up a community.

Following 15 months of preparation, the opening comes at a difficult time for Jews in France with a near doubling of anti-Semitic attacks in the first seven months of 2014 compared to the previous year. The rise is believed to have been triggered by Israel’s war on Hamas in Gaza this summer.

Even before the increase, anti-Semitism was cited as a major factor for record levels of immigration to Israel by French Jews this year and in 2013.

“Yes, the past few weeks have been terrible, but we are going ahead with our plans because we cannot live according to how people speak about us or how they threaten us,” Attia told JTA.

“We are taking precautions, not making the address known and opening the door only to invited guests, but we are not afraid. We are confident our efforts to build a young community will succeed and we are excited.”

The residents, who will be living near the so-called Synagogue de le Roquette, have undertaken to organize five to six programs in their apartment per month, including celebrating Jewish holidays together and holding Shabbat dinners for their Jewish friends and wider networks, among other community-building activities. Opening the same week as Moishe House Paris are Moishe Houses in Prague and Cape Town.

Founded in 2006, the Moishe House project has 69 houses in 17 countries, with operations being run from three offices — two in the United States and another in London. In 2013, Moishe Houses hosted some 4,500 programs engaging some 80,000 attendees.