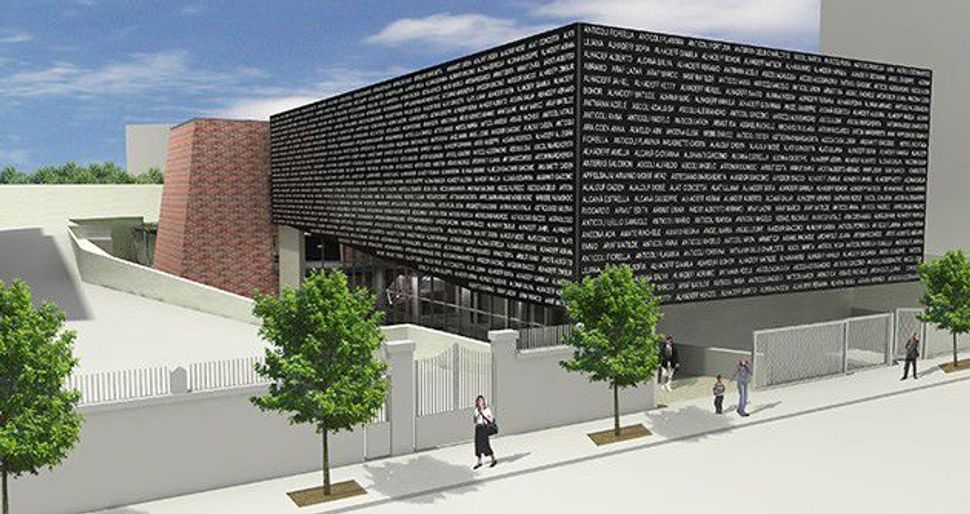 After years of delays city authorities may drop the idea of establishing a modern, $30 million Holocaust Museum in central Rome and instead install a smaller exhibit in a former shopping center in a Rome suburb.

Plans were announced a decade ago to build a state-of-the-art Shoah Museum on the grounds of Villa Torlonia, wartime dictator Benito Mussolini’s residence, where ancient Jewish catacombs also are located. Financial and bureaucratic problems stalled the project for years. Funds were finally freed up and architectural plans approved in 2012, but since then there has been no movement.

As a result, Holocaust survivors and their families this summer launched appeals and petitioned the Rome Jewish community and City Hall to speed up plans in order to inaugurate a Shoah museum before they passed away. Proposals were floated to drop the Villa Torlonia plan and install a permanent Shoah exhibit in a building already standing – a former shopping center in EUR, a southern suburb of the city – and inaugurate it on next year’s International Holocaust Memorial Day, January 27, 2015, which will be the 70th anniversary of the liberation of Auschwitz.

Responding to the petition, the board of the Rome Jewish community issued a statement last week that appeared to support that solution, saying that a Shoah Museum should be completed within a rapid time frame, take into consideration the “economic difficulties” of the country, and have a “decorous and dignified” structure. It urged the museum founders to “consider any concrete and immediate proposal” that respects those “mandatory requirements.”