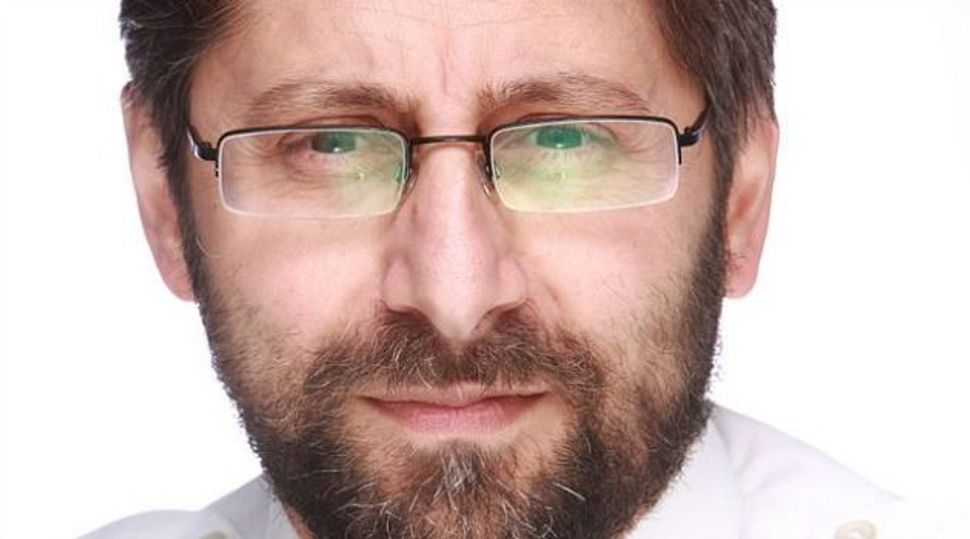 (Reuters) — France’s government has reacted strongly to a rising tide of anti-Semitic acts this year but French society seems indifferent to the threat they present, the country’s newly elected chief rabbi said on Tuesday.

Haim Korsia, who was elected in June, recalled the huge crowds that demonstrated in Paris in 1990 after a Jewish cemetery was desecrated in the southeastern town of Carpentras.

This summer, he told journalists, there was no similar reaction from civil society following attacks on synagogues and protests against Israel’s offensive in Gaza, during which some marchers shouted “death to Jews” and “Jews out”.

“There were a million people in the street then,” he said, referring to 1990. “In France (now), have you seen a march of support saying it’s inadmissible to attack houses of worship?

“What struck us was the sense of indifference in the society.”

Korsia, 50, contrasted that with events in Germany, where thousands rallied on Sunday to protest against increasing violence toward Jews, which he called “remarkable” especially because of the presence of Chancellor Angela Merkel.

The government in Berlin reported 131 anti-Semitic incidents in July and 53 in June – up from a total of 159 in the second quarter.

In France, violent anti-Semitic acts and threats almost doubled in the first half of this year from 2013, rising by 91 percent to 527, the Protection Service of the Jewish Community (SPCJ) reported last week.

During the Israeli offensive, some demonstrations turned violent and some protesters clashed with police outside two synagogues. A kosher grocery shop near Paris was firebombed.

France has both Europe’s largest Jewish minority of about 550,000 and largest Muslim minority of about 5 million. Violence in the Middle East often translates into tension in the suburbs of large cities where the two communities live side by side.

Korsia praised the government for taking a firm line against anti-Semitism, calling strong denunciations of the violence by President Francois Hollande, Prime Minister Manuel Valls and other officials a “perfect” response.

Korsia rejected the idea that the violent protesters were only demonstrating against Israeli policy towards Palestinians, saying the conflict was a pretext to express their hatred toward Jews. “Peace there would not solve the problem – they would remain anti-Semitic,” he said.

He also said the youths who firebombed the kosher grocery in Sarcelles near Paris threatened not only Jews but French society in general, noting they also attacked a local police station.

The chief rabbi said the rising number of Jews leaving France for Israel this year reflected in part a delayed reaction to the 2012 killing of four Jews and three soldiers by an Islamist. Families need time to organize the move, he said.

Some 3,300 Jews quit France for Israel last year, a 73 percent increase on 2012, and officials estimate over 5,000 will leave this year. Many cite the stagnating economy as well as rising anti-Semitism as a factor in their decision.

Korsia said rabbis had to make greater efforts to stay in contact with the Jews who stayed, especially those who rarely came to synagogues, to help keep Jewish life alive in France.