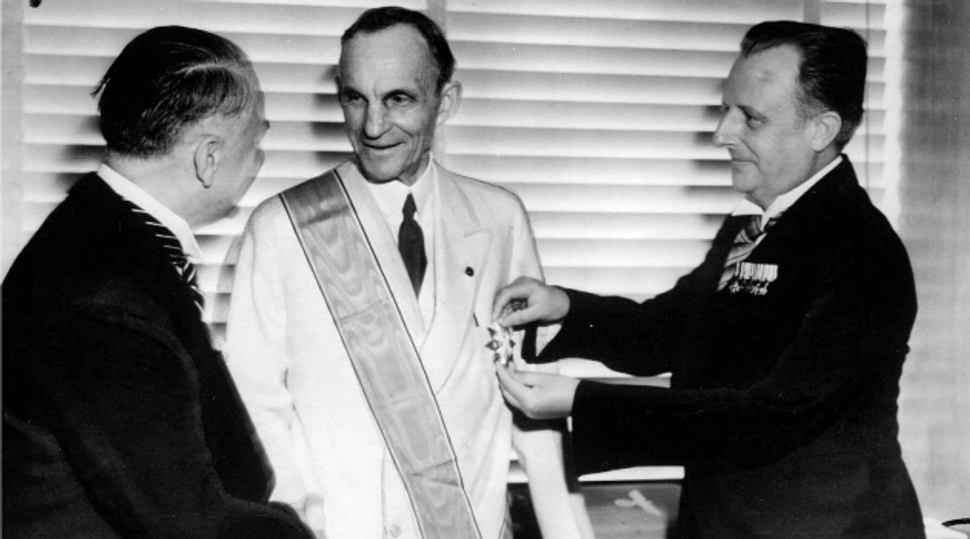 Officials in Fort Myers City, Fla., withdrew a proposal to rename a bridge for Henry Ford after residents raised concerns about his anti-Semitic publications.

A vote on the proposal had been scheduled for Monday evening but was withdrawn, according to WZVN, the local ABC affiliate.

“He really has a very dark history as far as the Jewish community and Jews are concerned,” said Alan Isaacs, the executive director of the Jewish Federation of Lee and Charlotte Counties, told the news station.

Ford in the 1920s published Jewish conspiracy theories in the newspaper he owned, the Dearborn Independent. He later apologized.

He summered in Fort Myers and a museum occupies his one-time house.

Florida’s state Legislature had approved the name change for the Caloosahatchee Bridge, but local authorities must give their permission before it goes ahead.

State Rep. Matt Caldwell, who had proposed the name change, told WZVN that he still thinks it should be considered, but he is also sensitive to the Jewish community’s objections.