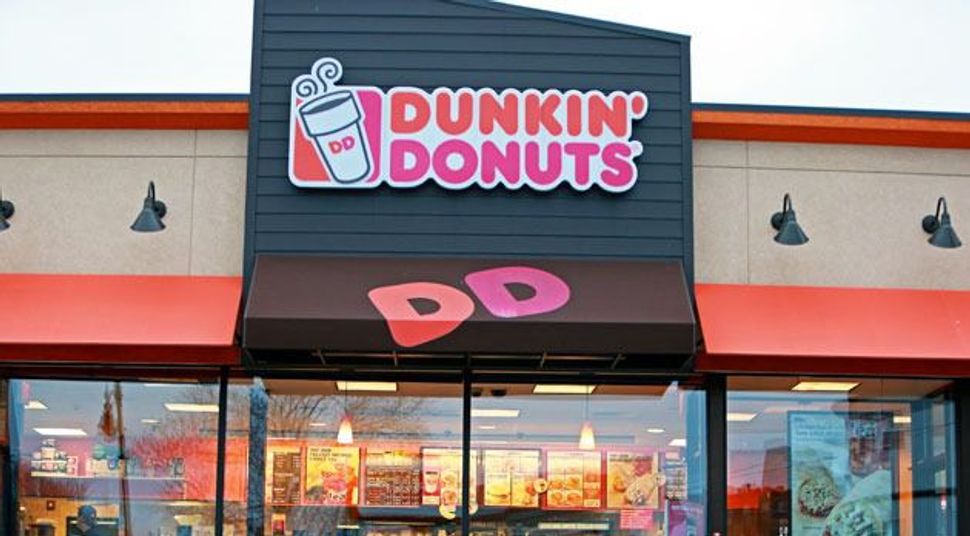 A federal government lawsuit against a Dunkin’ Donuts franchisee for refusing to hire a Sabbath-observant worker drew praise from Agudath Israel of America and the Reform movement.

“Employers need to know that it is illegal to refuse to hire an employee because of his or her religion, and that they are required by federal law to attempt to accommodate Sabbath observers in the workplace,” Mordechai Biser, Aguda’s general counsel, said in a statement Monday.

The Equal Employment Opportunity Commission brought the suit against Citi Brands LLC for refusing to hire Darrell Littrell, a Seventh Day Adventist, who was offered and then denied a job at a manufacturing facility in Arden, N.C.

“Employers should be mindful that it is against the law to discriminate against an applicant or an employee based on his religion, including the observance of the Sabbath,” Lynette Barnes, the regional attorney for the EEOC’s Charlotte District, said in a statement.

Barbara Weinstein, the director of the Commission on Social Action of Reform Judaism, said it was the EEOC’s role to investigate any failure to accommodate religion.

“No one should be denied a job opportunity based on religious belief, unless it poses an undue hardship to the employer,” she told JTA. “Here Citi Brands appears to have failed to provide the desired accommodation based on Littrell’s religious belief. We hope that this case will send a signal to other employers regarding the importance of providing accommodations for employees.”