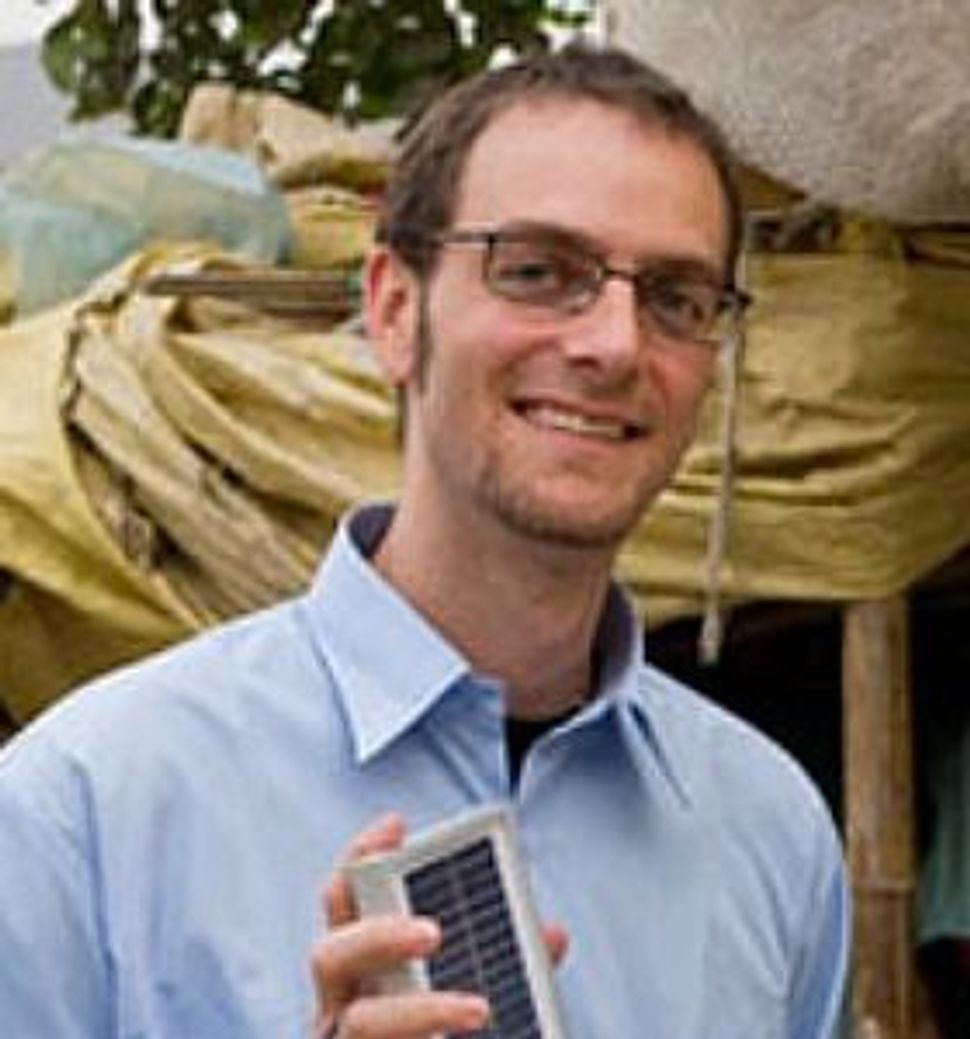 Sam Goldman, the founder of a company that provides solar lighting and power systems to the developing world, was awarded the 10th annual Charles Bronfman Prize. 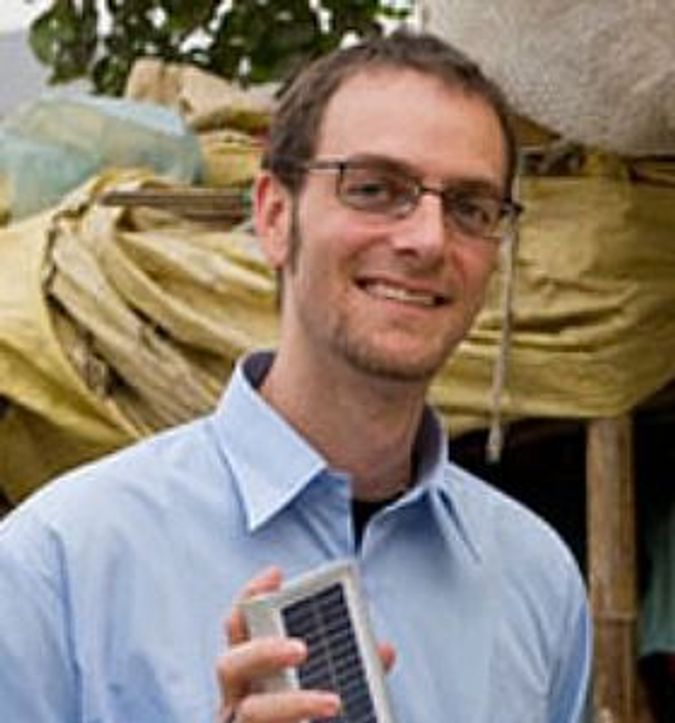 Bronfman presented the prize to Goldman, the founder of d.light design, on Tuesday at a ceremony at the New York Historical Society.

The Bronfman Prize, which includes a $100,000 award, honors Jews under age 50 for global humanitarian work.

Goldman, 34, is the youngest and first Canadian recipient of the Bronfman Prize. He is also the first recipient recognized for humanitarian work pursued through a for-profit social enterprise, according to a statement from the prize committee.

“We set out with a goal to reach 100 million people by the year 2020, and in each year we’ve been in business, we’ve reached more people than in all previous years combined,” Goldman said in his acceptance speech. “In all likelihood, 50,000 people will be moved from kerosene to clean, sustainable solar energy today. They are creating a new generation — a renewable energy generation.”

At the ceremony, Goldman announced Power for All, a new initiative separate from d.light dedicated to delivering universal power access before 2030. The new initiative will bring together public and private institutions.

“Like the fellowship he is joining, Sam is truly a remarkable young humanitarian capable of inspiring next generations, and it’s an honor to welcome him into the Prize family,” Bronfman said.