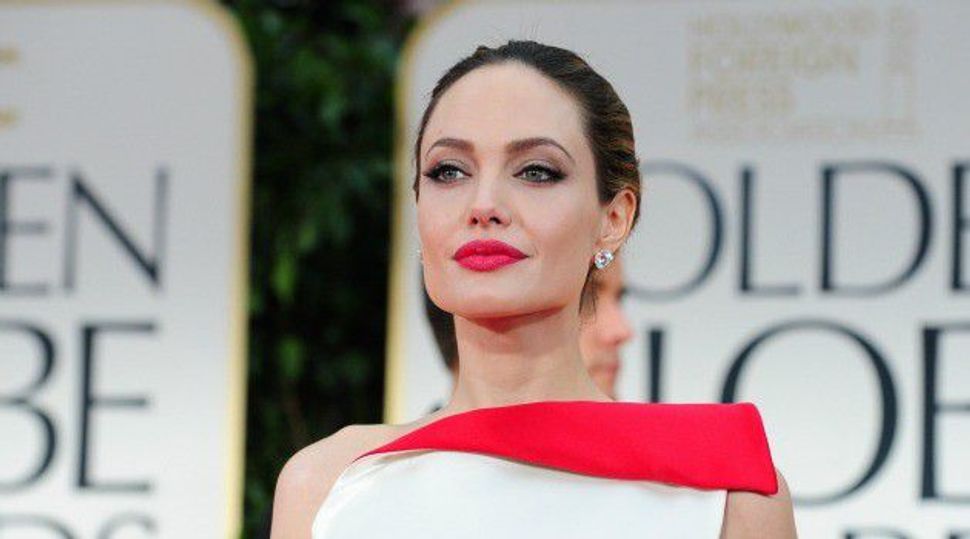 Hollywood star Angelina Jolie’s decision to make public her double mastectomy more than doubled the number of women in Britain seeking to have genetic breast cancer tests, according to a study released on Friday.

Jolie, 39, who has become a high-profile human rights campaign, announced her surgery in May last year, saying she acted after testing positive for a mutation of the BRCA1 gene that significantly increases the risk of breast cancer.

She said she was going public with news of her surgery as she hoped her story would inspire other women to fight the life-threatening disease.

Researchers studied 21 clinics and regional genetic centers and found there were 4,847 referrals for testing in June and July last year compared to 1,981 in the same period of 2012

The study of the so-called “Angelina effect,” published in the journal Breast Cancer Research, credited Jolie’s glamorous appearance and relationship with Hollywood actor Brad Pitt for helping to lessen women’s fears about surgery.

“Angelina Jolie … is likely to have had a bigger impact than other celebrity announcements, possibly due to her image as glamorous and strong woman,” researcher Gareth Evans of the charity Genesis Breast Cancer Prevention said in a statement.

“This may have lessened patients’ fears about a loss of sexual identity post-preventative surgery and encouraged those who had not previously engaged with health services to consider genetic testing.”

Breast cancer is the most common cancer in women worldwide. The World Health Organization estimated that more than 521,000 women died of breast cancer in 2012.

Oscar-winning Jolie has in recent years drawn nearly as much attention for her globe-trotting work on behalf of refugees and victims of sexual violence in conflicts as for her acting.

Jolie was named a Goodwill Ambassador for the UNHCR in 2001 and promoted to be Special Envoy to High Commissioner Antonio Guterres in 2012. Since 2012 she has also led a campaign against sexual violence in conflict zones.