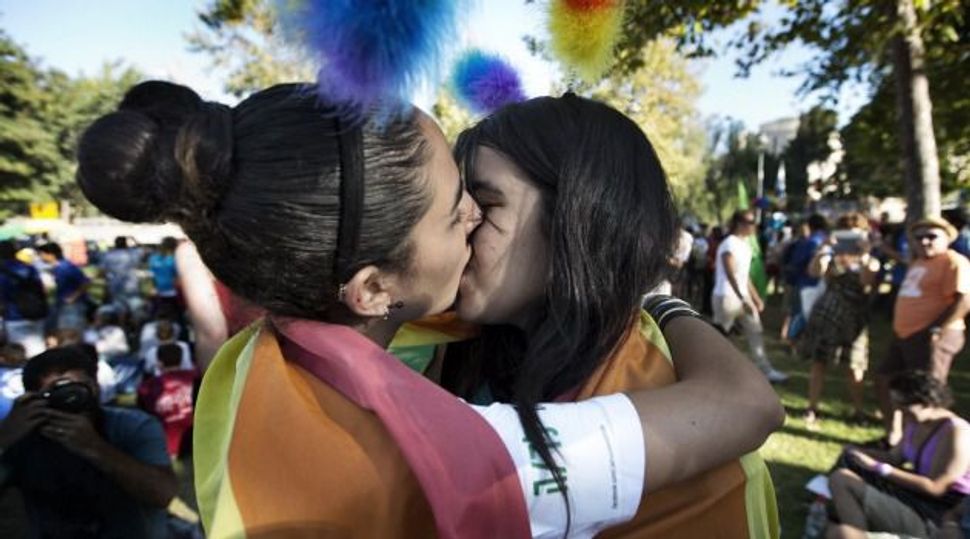 The parade Thursday night had been postponed twice during Israel’s 50-day war with Hamas in the Gaza Strip over the summer. Fewer people attended than in previous years, when thousands have turned out for the event, according to reports.

The parade was sponsored by the Jerusalem Open House , representing the citiy’s lesbian, bisexual, gay and transgender, or LBGT, community.