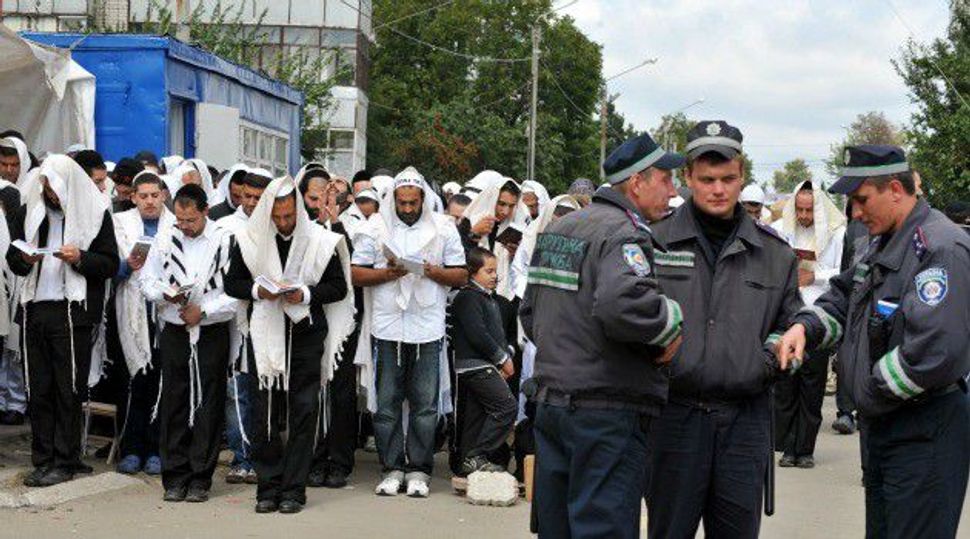 A Ukrainian health official warned that Jewish pilgrims converging in Uman may bring with them the Ebola virus and other epidemics.

Larissa Kachanova, who heads the local branch of the Ukrainian government’s Sanitary and Epidemiological Management Center, issued the warning Thursday ahead of the arrival of approximately 30,000 Jews expected to spend Rosh Hashana in the central city, near the grave of Rabbi Nachman of Breslov, the 18th century founder of the Breslov hasidic movement,

Pilgrims will come from “the United States, New Mexico, and Bolivia, where they have Lassa fever; Nigeria, where there is dengue fever; Mexico and India,” Kachanova said, according to a report by the Ukrainian UNN news agency.

“Ebola could come from the United States and Germany, cholera could come from India and Nepal and Nigeria, so I would ask the serious implementation of all the proposals that we have included in the anti-epidemic program,” she added.

Jewish pilgrims have come to Uman in large numbers since the collapse of the Soviet Union in the early 1990s, generating resentment among residents, who complain of criminality, noise and littering by the pilgrims.

The xenophobic Svoboda party has in the past said the pilgrims could bring with them epidemics.

This year will be the first pilgrimage since the ousting of the pro-Russian government of Viktor Yanukovych.