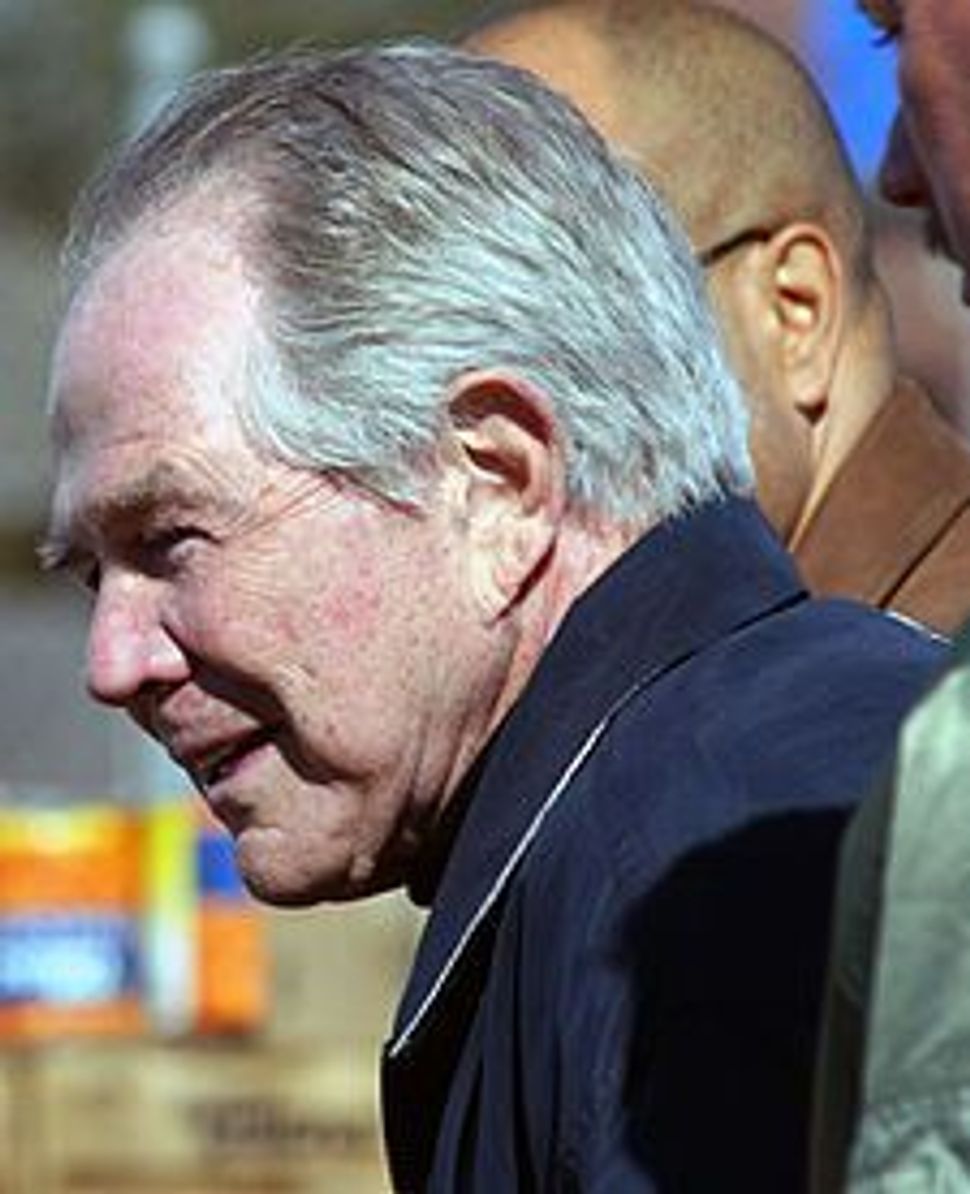 Pat Robertson called an activist for religious freedoms in the military a “little Jewish radical” in condemning the U.S. Air Force for making “so help me God” an optional part of its oath.

“You got one little Jewish radical scaring the pants off you,” Robertson said Sept. 18 in commentary on Christian Broadcasting Network, which he founded.

“What is wrong with the Air Force, how can they fly the bombers to defend us if they cave to one little guy?” Robertson said.

Robertson referred to Mikey Weinstein. Weinstein, a former officer in the U.S. Air Force Judge Advocate General, in 2006 founded the Military Religious Freedom Foundation – misidentified by Robertson in his commentary as “People Against Religion” – to advocate against proselytizing in the military.

It was not Weinstein’s group, but the American Humanist Association that had led advocacy on behalf of the airman who had sought to remove the oath in the news item cited by Robertson, Raw Story said in a report.

Weinstein delivered a response to The Friendly Atheist website: “Pat Robertson is to human dignity and sanity and integrity and character what dog s***| is to a fine French restaurant on the menu.”