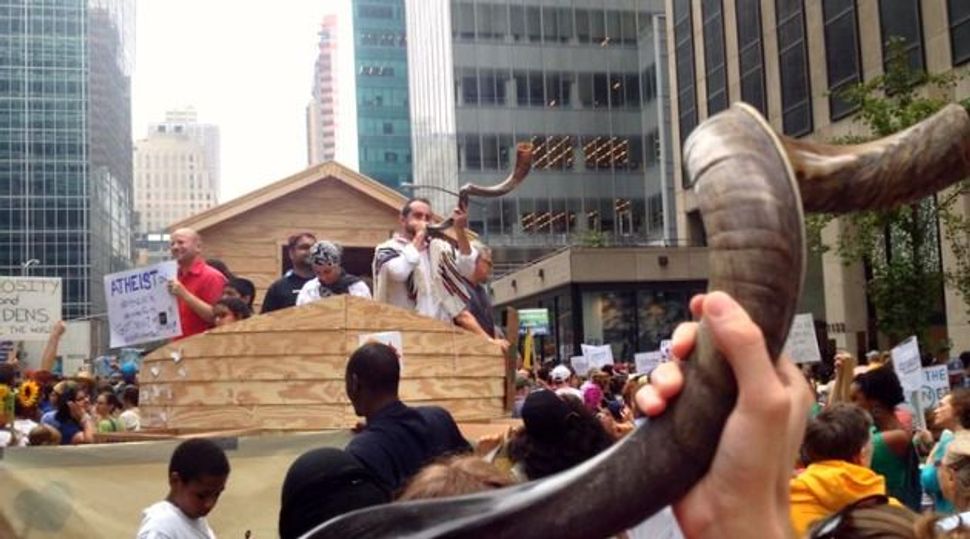 More than 100 Jewish organizations participated in the People’s Climate March in New York as part of the Jewish Climate Campaign.

The Jewish participants in Sunday’s march were encouraged to bring and blow shofars to provide a wake-up call to governments and organizations to work to fight climate change.

Over 100,000 people — including U.N. Secretary-General Ban Ki-moon and actor Leonardo DiCaprio — participated in the march through the streets of New York. DiCaprio last week was named a U.N. messenger of peace focusing on climate change issues. Politicians and elected officials, United Nations officials and other celebrities joined the parade, which was held two days before the U.N. summit on climate change.

More than 1,000 organizations around the world supported the march, with over 2,000 coordinated events taking place in 150 countries.