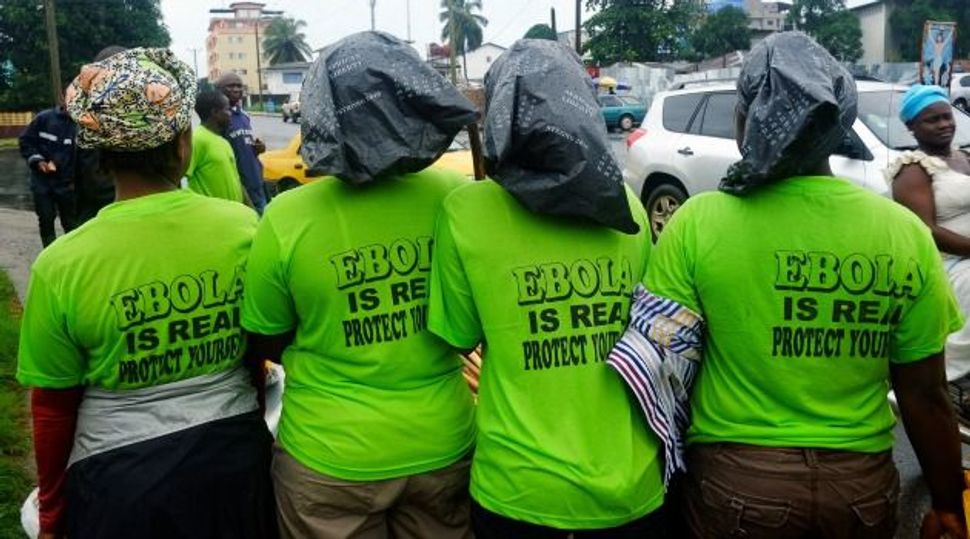 The Israeli nongovernmental relief organization IsraAID is sending medical professionals to Sierra Leone to help patients who have tested positive for the deadly Ebola virus.

The first Israeli professionals will arrive in the African nation this week, IsraAID said in a statement.

During the first phase, the IsraAid team will provide psycho-social support training to local social workers and community organizations struggling to cope with the stress and anxiety of families affected by the Ebola outbreak.

IsraAID also will be working with local government and health providers to increase their service delivery skills and raise awareness of the importance of hygiene and health to prevent the further spread of Ebola.

In the weeks leading up to the mission, supported by the American Jewish Committee and private family foundations, IsraAID has been in discussions with government officials in Sierra Leone and Liberia, as well as with the United Nations and the international medical relief teams, to better understand what is needed, the organization said.

At least 4,000 reported cases of Ebola have been reported in Sierra Leone and Liberia. Some 2,600 people have died of the virus in recent weeks.