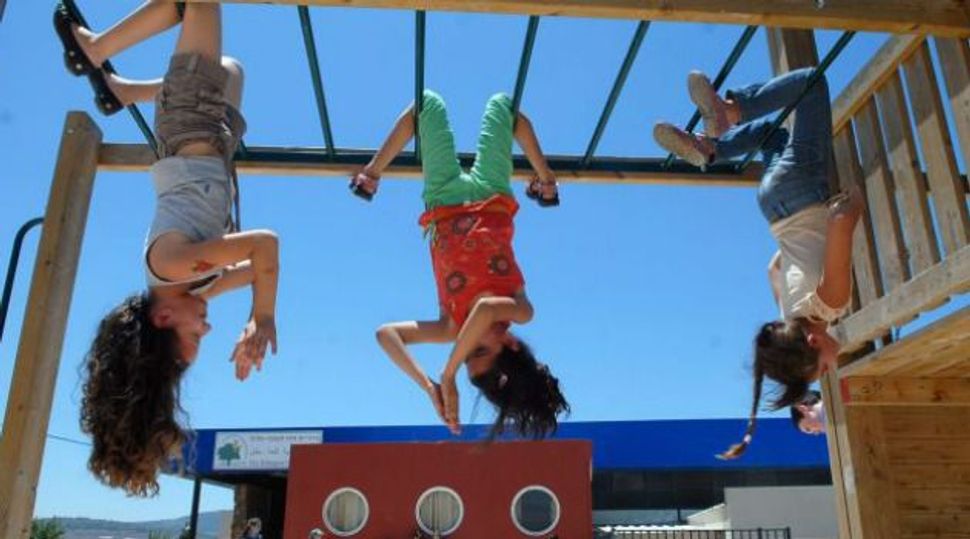 All the Kids? An Israeli agency omitted Arab-sounding names from its list of most popular names, including the No. 1 boy’s name, Mohammed. Image by Haaretz/Yaron Kaminsky

(Haaretz) — The list of Israel’s most popular names for newborns did not include obviously Arab names, including the most popular boy’s name of Mohammed, the Population, Immigration and Border Authority confirmed on Sunday.

The authority circulated a list with the 10 most popular names for boys and for girls under the heading, “The most common names among babies born this year” – referring to the Jewish year 5774 – but neglected to mention that the list only included Hebrew names. According to this list, Yosef was the most popular boy’s name, followed by Daniel, Ori, Itai, Omer, Adam, Noam, Ariel, Eitan and David.

However, the name given most often to newborns during 5774 was actually Mohammed. Moreover, the ranking for Yosef – which was in fact the second most commonly given name – also includes Arab babies named Yusef, which in Hebrew is spelled the same way.

It turns out that the population authority only omitted clearly Arab names like Mohammed and Ahmed – which would have been the ninth most common name, had it been included.

According to the authority, the most popular newborn name for girls this past year was Tamar, which pushed Noa into second place after it had spent 14 years at the top. Those two names were followed by Shira, Adele, Talya, Yael, Lian, Miriam, Maya and Avigayil. Here, too, the names Lian, Miriam (Maryam) and Maya are used by both Jews and Arabs.

The authority put out a similar list last year, also without citing the fact that it included only Hebrew names, and nor did it issue a separate list relating to the Arab population. By contrast, the data issued annually by the Central Bureau of Statistics contains three separate lists of the most commonly given names – for Jews, Muslims and Christians.

Population, Immigration and Border Authority spokesman Sabine Hadad said, “The statistics published were the statistics requested during the past few years by everyone who contacted us to obtain this information, and for that reason the list relating to the most popular Hebrew names was issued. Contrary to the assumptions of the Haaretz newspaper, there is no plot to deliberately hide information. As proof, when your reporter asked to receive the complete list, it was given to him within a few minutes.”

The official number of Israeli citizens on the eve of the Jewish New Year on Wednesday is 8,904,373, the authority said, representing a growth of 2 percent over a year ago. It should be noted, however, that the authority counts the number of people who hold Israeli citizenship, some of whom do not live in the country. The CBS reported in May that 8.18 million people live in Israel, including Arab residents of East Jerusalem, but excluding some 200,000 foreign workers and thousands of asylum seekers.