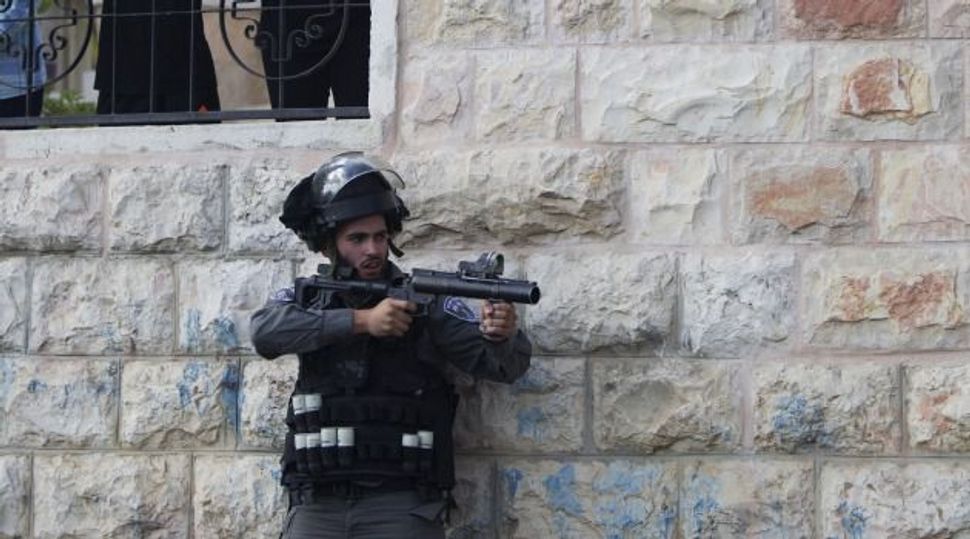 The mother of a Palestinian teen who died after being shot by Israeli Border Police celebrated his death.

The television news clip was translated and distributed by Palestinian Media Watch.

PMW also provided other examples of Palestinian mothers celebrating their children’s deaths, including the mother of Izz Al-Din Al-Masri, who blew himself up in a Sbarro pizzeria in Jerusalem in August 2001, killing 15. “I congratulate him: Congratulations, my son, on your Martyrdom, praise Allah,” she said.

Palestinian Authority Minister of Religious Affairs, Mahmoud Al-Habbash said in November 2013 during an official PA broadcast, according to PMW, that: “After prophecy and righteousness there is no status Allah has exalted more than Shahada (Martyrdom)… They went smiling to their deaths… The Shahid has merit with Allah, a merit that no one else has… ‘TheShahid – his sins are forgiven with the first gush of his blood from his wound… ‘The Shahid advocates on behalf of 70 members of his family, and saves them all from hell. The Shahid lives together with the prophets and the righteous ones.’”

Sunuqrut’s father, Abd, told the Palestinian Maan news agency that his son was shot in the head at close range with a sponge-tipped bullet at the rally in the Wadi Joz neighborhood. He claimed that his son was talking on the phone and not taking part in the demonstration.

Israel Police spokesman Micky Rosenfeld told The Associated Press that the teen was hit in the leg with a rubber bullet while throwing stones during the demonstration. He then fell and injured his head, Israeli police claim.

Protests in eastern Jerusalem grew the day after Sunuqrut died; the area has been the scene of demonstrations and violence since the beginning of July.

Hundreds of Palestinians have been detained during the two months of unrest, which started when a Palestinian teen was kidnapped and burned to death by Jewish Israelis in a revenge killing for the kidnap and murder of three Israeli teens, and with the launch of Israel’s military operation Protective Edge.