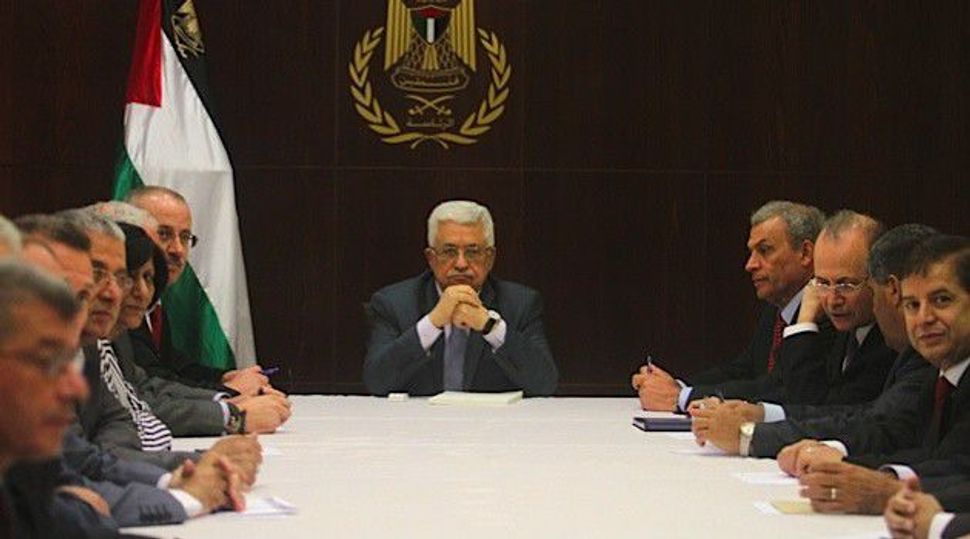 Indirect cease-fire negotiations between Israel and the Palestinians resumed in Cairo despite Palestinian threats to suspend them over Israel’s killing of two Palestinians accused in the murder of three Israeli teens.

The talks began Tuesday afternoon. They started two hours later than scheduled while the Palestinian delegation decided whether to boycott over the deaths earlier in the day of Marwan Kawasme and Omar Abu Aysha, who were suspected of kidnapping and killing the teens in June.

Israeli troops surrounded the Hebron house in which Kawasme and Aysha, both suspected of being Hamas members, were hiding and killed them in a firefight.

The delegation condemned the killings before deciding to continue with the negotiations, which were set as part of the original Aug. 26 cease-fire agreement between Israel and Hamas to end 50 days of conflict in Gaza.

At the request of Israel, the talks were moved forward one day from their originally scheduled date so they would not conflict with the observance of Rosh Hashanah.

Tuesday’s talks are meant to set a schedule for negotiations to be held in October, Azzam Ahmed, the Fatah official leading the Palestinian delegation in Cairo, told Reuters.

Topics up for discussion are reported to include building a Gaza seaport and airport, the release of Palestinian prisoners and the return of the remains of Israeli soldiers.