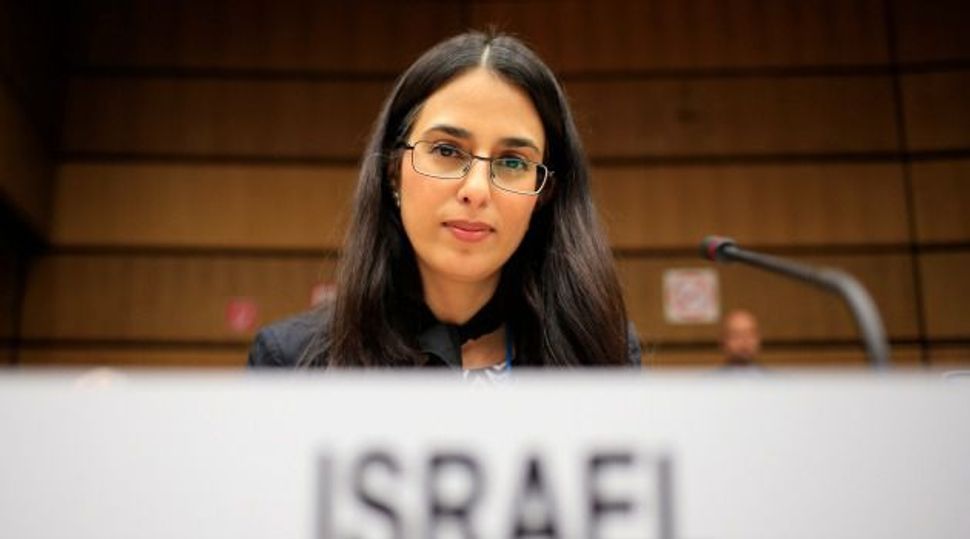 Member states of the U.N. nuclear agency on Thursday rejected an Arab resolution targeting Israel over its assumed atomic arsenal, in a diplomatic victory for the Jewish state and Western countries opposing the initiative.

Arab states had submitted the non-binding text – which called on Israel to join a global anti-nuclear weapons pact – to the annual meeting of the 162-nation International Atomic Energy Agency, in part to signal their frustration at the lack of progress toward banning atomic arms in the Middle East.

The United States and its allies argued that the resolution would have been counterproductive. Western officials said progress has been made in preparatory talks over the last year on holding a conference to discuss the creation of a Middle East zone free of weapons of mass destruction.

Fifty-eight countries voted against the Arab proposal and 45 states for, a clearer outcome than in a similar vote last year. Other countries either abstained or were absent.

Intense lobbying by both sides underlined the resolution’s symbolic geo-strategic significance and deep divisions on the issue of nuclear weapons in the Middle East, where some Arab countries joined the United States this week in air strikes on radical Islamist insurgents.

Israel is believed to possess the region’s only nuclear arsenal, drawing frequent condemnation by Arab countries and Iran. It is also the only Middle Eastern country outside the nuclear Non-Proliferation Treaty (NPT).

A draft text circulated at the IAEA meeting by 18 Arab states expressed “concern about the Israeli nuclear capabilities and calls upon Israel to accede to the NPT and place all its nuclear facilities under comprehensive IAEA safeguards.”

Israel has never confirmed or denied having nuclear weapons under a policy of ambiguity aimed at deterring longtime Arab and Muslim adversaries. It says it would only join the NPT after a broader Middle East peace settlement.

World powers agreed in 2010 to an Egyptian plan for an international conference to lay the groundwork for establishing a Middle East free of weapons of mass destruction.

But the United States, one of the big powers to co-sponsor the meeting together with Russia and Britain, said in late 2012 it would not take place as planned in December that year.

A senior U.S. official told reporters on Thursday, however, that Arab and Israeli officials had held five meetings in Switzerland over the past year to discuss the issue.

There had been a shift in the position of Israel, which did not “entertain seriously the idea of going to this conference when it was first proposed four years ago”, said Tom Countryman, U.S. assistant secretary of state for non-proliferation.

But now, “they have signaled explicitly their readiness to attend the conference if there is an agreement on an agenda that serves the security interests of all regional parties,” he said.

Britain’s IAEA envoy said London hoped the conference could be convened soon, “preferably by the end of this year on the basis of arrangements agreed by all states of the region”.

“This delay is understandably frustrating. But a Middle East zone free of all weapons of mass destruction is an ambitious goal which requires time, patience and an inclusive approach,” Ambassador Susan le Jeune d’Allegeershecque told delegates.

Iran, an NPT signatory, unlike Israel, is negotiating with six world powers, including the United States, to end the dispute over its nuclear program which has led to broad economic sanctions on the Islamic Republic.