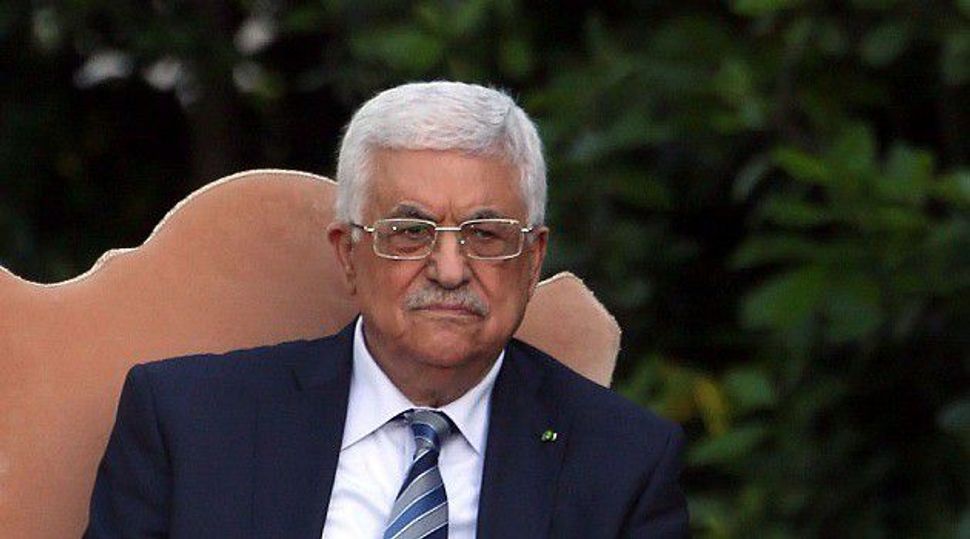 There is no value in peace talks with Israel unless the goal is ending its 47-year occupation of the Palestinian territories within a “firm timetable,” Palestinian President Mahmoud Abbas told the United Nations General Assembly on Friday.

“It’s high time for this settlement occupation to end now,” Abbas told the 193-member world body, which overwhelming gave the Palestinians de facto statehood in 2012 by upgrading their U.N. status to “non-member state” from “entity.”

Abbas said the Palestinians and the Arab Group have been working on a draft U.N. Security Council resolution “to push forward the efforts to achieve peace.” Abu Rdainah, a spokesman for Abbas, said Ramallah wanted a council resolution to call for an end to the occupation within “two to three years.”

Security Council diplomats said on Friday that Jordan, one of 15 members, had not yet circulated that draft resolution on behalf of the Palestinians and the Arab Group.

The council has already been negotiating for several weeks another Jordan-drafted resolution on an Egyptian-brokered ceasefire in late August that ended a 50-day Gaza war between Israel and the Palestinian militant group Hamas.

Britain, France and Germany have proposed including in that draft resolution the creation of an international ceasefire monitoring and verification mechanism. Diplomats say such a mission could be established by the U.N. or European Union.

Israeli Foreign Minister Avigdor Lieberman said in a statement that Abbas’ speech made clear that the Palestinian president does not “want and cannot be a partner for any logical diplomatic solution.”

“It isn’t for nothing that Abu Mazen is in a joint government with Hamas, Abu Mazen complements Hamas with his political terrorism and storytelling against Israel,” said Lieberman, referring to Abbas by his nickname.

Abbas said on Friday it was “impossible” to return to a cycle of negotiations with no substance.

“There is no meaning or value in negotiations for which the agreed objective is not ending the Israeli occupation and achieving the independence of the State of Palestine with East Jerusalem as its capital on the entire Palestinian Territory occupied in the 1967 war,” Abbas said.

“There is no value in negotiations which are not linked to a firm timetable for the implementation of this goal,” he said.

Israel accepts the idea of a “two-state solution” of an independent and democratic Palestinian state living alongside Israel, but has not accepted the 1967 borders as the basis for final negotiations, citing security and other concerns.

Israel and the Palestinians agreed on Tuesday to resume talks late next month on cementing the Gaza ceasefire.

The conflict between Hamas and Israel in July and August devastated some Gaza districts and killed more than 2,100 Palestinians, most of them civilians, according to the Gaza health ministry.

Sixty-seven Israeli soldiers and six civilians in Israel were also killed. Israel began the offensive on July 8 with the declared aim of halting cross-border rocket salvoes by Hamas and other militant groups.