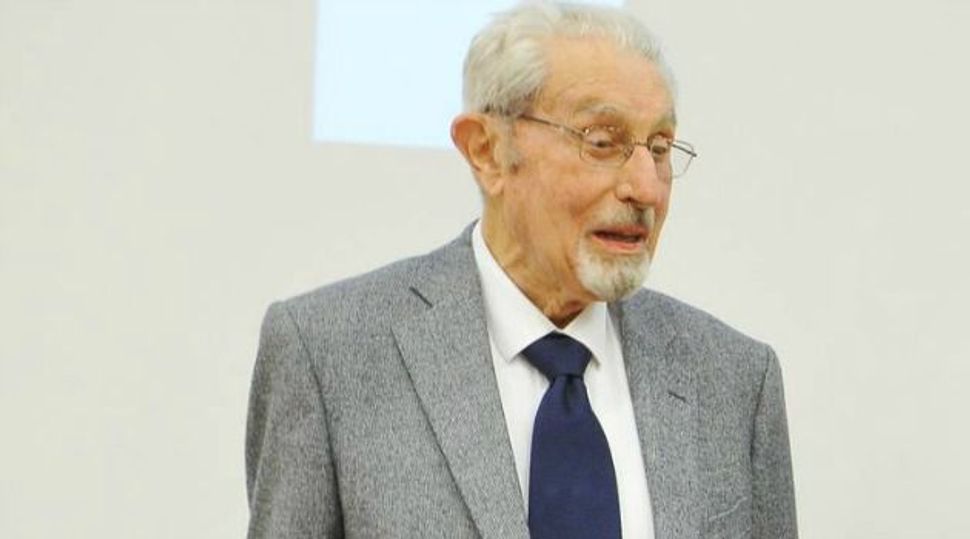 Vittorio Dan Segre was one of the grand old men of contemporary Italian Jewry.

Vittorio Dan Segre, an Italian-Israeli diplomat, a writer and political figure, has died.

Segre, a committed Zionist who was also one of the grand old men of contemporary Italian Jewry, died in Turin on Saturday. He was 92.

Born near Turin in 1922, he fled to Palestine in 1938 after Italy’s fascist dictator Benito Mussolini imposed anti-Jewish racial laws. He volunteered for the British Navy in World War II, and later fought in Israel’s War of Independence as a paratroop officer. After Israel’s independence he became an Israeli diplomat.

Known in Israel as Dan Avni, Segre was a friend of David Ben-Gurion and recalled that he practiced yoga with the nation’s first prime minister.

Segre wrote for Italian newspapers and authored numerous books. He taught at universities in Israel, the United States and Switzerland.

In the United States, Segre was best known for his best-selling autobiography, “Memoir of a Fortunate Jew,” which first came out in English in 1987. He also was known, especially in the U.S., as Dan Vittorio Segre.