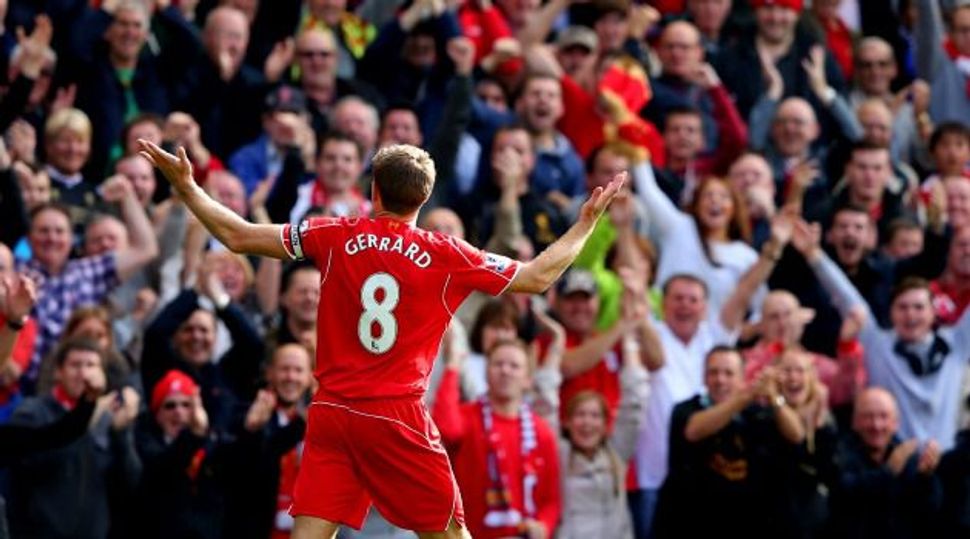 The message — “Liverpool FC would like to wish all our Jewish supporters around the world a happy new year. #RoshHashanah” — was posted Friday and removed several hours later, the Guardian reported.

Some followers of the British squad objected to the removal of the tweet, saying it pandered to racists.

On Sunday, the team posted a second tweet addressing the anti-Semitic messages: “LFC believes in the practice of religious freedom – we seek a world in which we can send good wishes to supporters without hateful responses.”

The message Sunday was retweeted 1,200 times in nine hours; more than 900 Twitter users made it their favorite.

Liverpool FC, which has some 3.22 million followers on Twitter, has recognized various religious events and holidays on social media, according to the Guardian.

The incident was reported to the U.K. police’s online reporting venue and likely will be investigated, the newspaper reported.

Kick It Out, a watchdog on soccer racism in Britain, contacted the team after complaints about the anti-Semitic responses to the New Year’s message.

“It is encouraging that a football club recognizes these holidays and religious landmarks – Liverpool did the same for Ramadan – but extremely sad when a club does that in a proactive manner and gets these responses,” a Kick It Out spokesman told the newspaper.