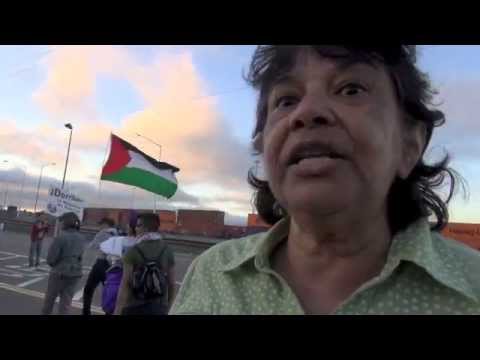 In Saturday’s incident, the Zim Shanghai was unable to unload its cargo after some 200 activists gathered at the port and prevented workers from getting near the ship, which is owned by Zim Integrated Shipping Services, Israel’s largest shipping company.

Approximately 50 police officers were on hand but did not intervene.

The protest reportedly was coordinated by the Stop ZIM Action Committee, and a spokesman told the media that the protests would continue during later shifts.

In August, demonstrators prevented the Zim Piraeus from unloading at the Oakland Port for five days in order to draw attention to Israel’s operation in Gaza. The Piraeus feigned a return to sea before doubling back secretly to port.