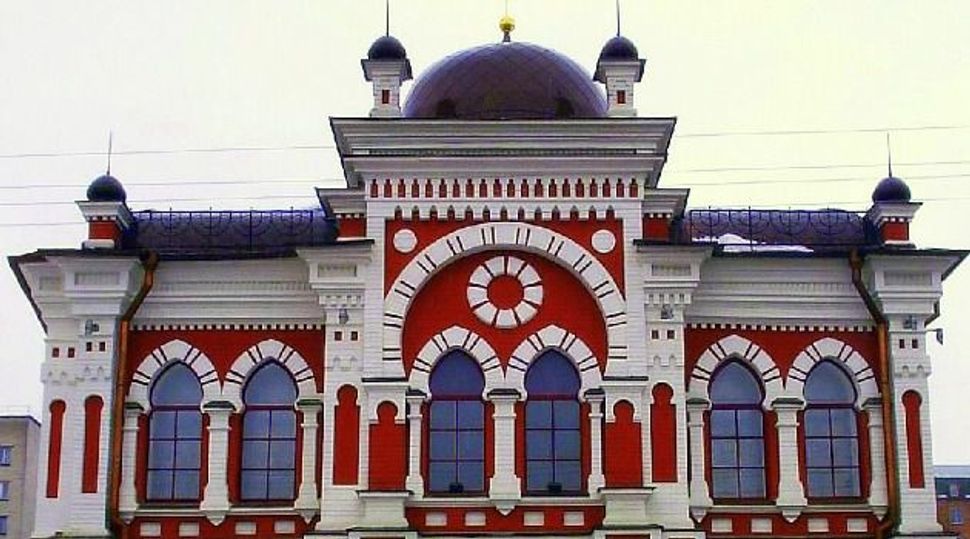 Kiev’s oldest synagogue was the target of a firebomb that burst into flames outside the building.

The firebombing at the Great Choral Synagogue on Sept. 24, the eve of Rosh Hashanah, did not cause damage, according to the news website evreiskiy.kiev.ua, which belongs to the Jewish Kiev watchdog on anti-Semitism.

Police suspect that an arsonist targeting the actual building hurled the firebomb — a glass bottle filled with a flammable substance.

The operator of a restaurant that operates nearby reported a fire at the synagogue to police, according to the report.

The synagogue, which is also known as the Podil Synagogue, was reconstructed in 1915.

In a separate incident, a swastika was painted on the Holocaust memorial monument at Babi Yar in Kiev, where Nazi troops murdered more than 33,000 in September 1941. The Nazi symbol was discovered on the monument on Sept. 23, the news channel 112 Ukraine reported.