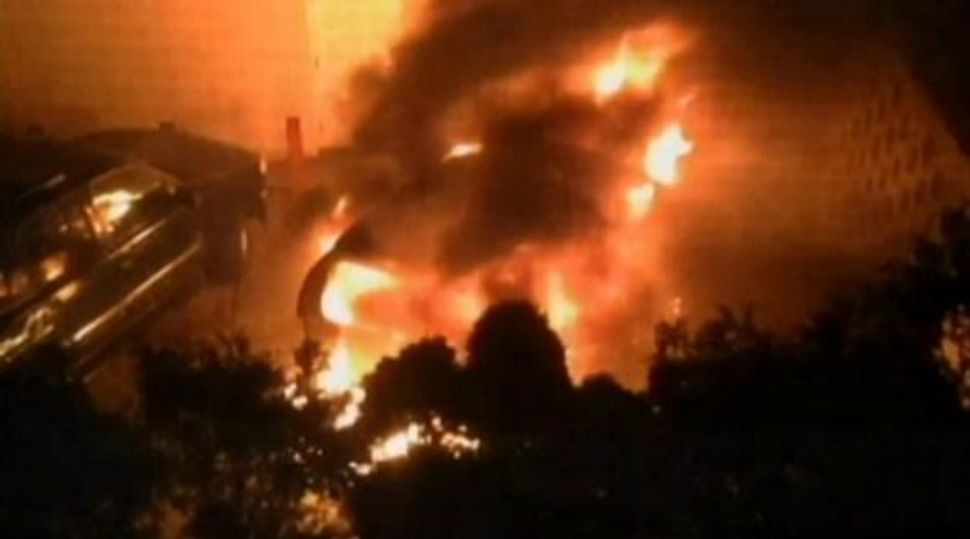 In the wee hours of Saturday morning, several hours after the close of Rosh Hashanah, police discovered a Ford Explorer engulfed in flames outside Congregation Rodef Sholom, an Orthodox shul. The fire caused severe damage to the parking lot and the synagogue’s outer walls, according to the Jewish Exponent of Philadelphia.

The car belonged to David Kushner, who serves as spiritual leader of the southern New Jersey synagogue though he is not an ordained rabbi. Kushner, who runs a wedding hall in Lakewood, N.J., learned about the fire when he showed up for Sabbath services the next morning.

“The car had been towed overnight immediately after the incident by the Fire Department for further investigation, so I saw charred remains,” Kushner told the Jewish Exponent, which quoted Kushner as saying that firemen were examining whether the blaze was a hate crime.

The synagogue hasn’t had any previous occurrences of anti-Semitism, the newspaper said.

“The fact that in America in 2014, a rabbi’s car parked at his synagogue during Rosh Hashanah services could be engulfed in flames and the subject of arson is beyond comprehension,” Nancy Baron-Baer, the Anti-Defamation League’s regional director, told the Jewish Exponent. “Synagogues need to be alert every day.”