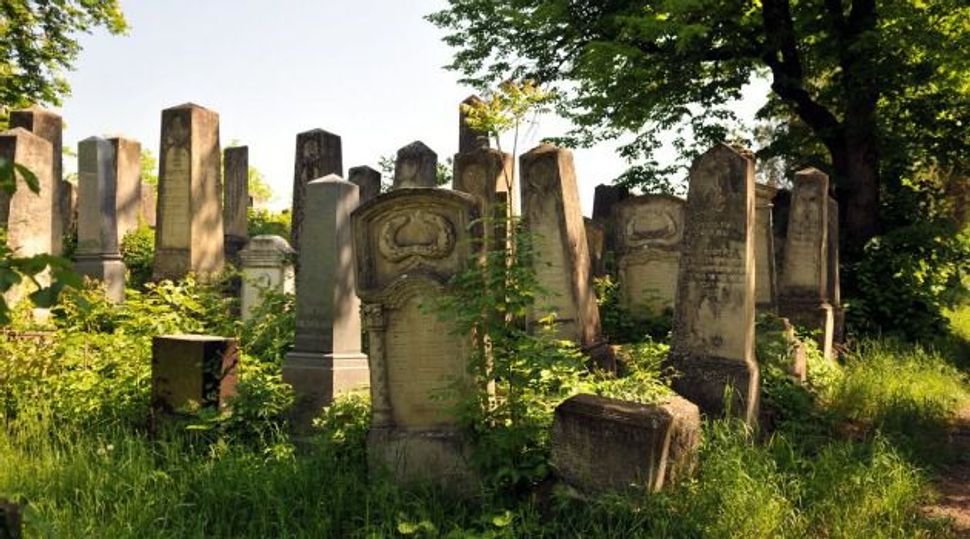 One of Romania’s oldest Jewish cemeteries was hit by fire that consumed 20 hectares of its surface.

The fire spread on Monday through the Jewish cemetery of Iasi, which opened in the 18th century and contains 80,000 graves, the local news website ziaruldeiasi.ro reported. It consumed dense vegetation that grew between headstones as a result of many years of neglect.

Fire fighters put out the blaze, stopping it from spreading. The report did not say how many headstones were damaged and to what extent.

The fire may have been started by locals who periodically burn dry vegetation as a way of clearing agricultural land and preventing uncontrolled fires, according to the news site.

A similar fire in 2012 consumed large parts of the nearby Jewish cemetery of Pacurari, damaging several dozen headstones. Footage from that fire showed ancient graves surrounded by flames that fed off a thick bed of dry grass, twigs and dead trees.

Iasi used to be among the centers of Jewish life in Romania until its entire Jewish population was annihilated in 1941, in a series of pogroms perpetrated by locals and through the deportation of Jews to Nazi-run and local concentration and death camps.

The cemetery of Iasi features a monument in memory of the 15,000 Jews murdered by locals in pogroms. More than 350,000 Jews were murdered in areas held by pro-Nazi Romanian troops during World War II. The country currently has approximately 6,000 Jews, according to the European Jewish Congress.