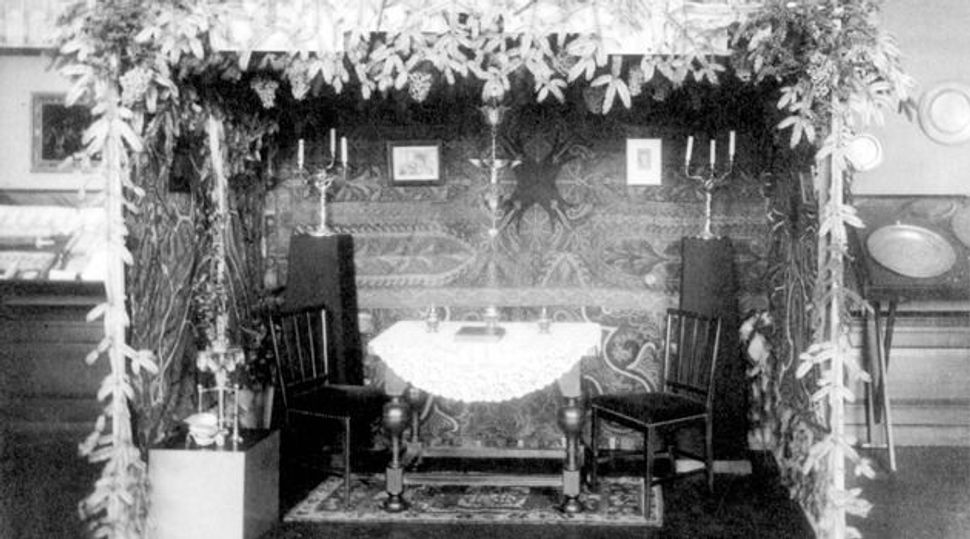 A Dutch sukkah in prewar Holland. Image by yad vashem

Dutch police advised a municipality to forbid the erection of a sukkah out of concerns that it would be vandalized, a Jewish resident said.

Fabrice Schomberg applied last month for a permit to erect a sukkah, a hut designated for meals during the holiday of Sukkoth, outside his home in the predominantly Muslim neighborhood of Schilderswijk in The Hague.

On Tuesday, city official Karin Wilthagen told Schomberg that the police advised the city against allowing him to build the sukkah, warning that it could be vandalized, he told JTA.

Despite the objection from police, the city approved his request Friday.

Police declined neither to comment on the case nor to say whether they considered Jewish symbols and the people who display them as being especially at risk. A city spokesperson told JTA Schomberg’s application is being processed.

In recent weeks, Schomberg has featured in a series of articles about a Jewish-owned housing project of 200 apartments located among one of the Netherland’s largest concentrations of Muslim immigrants. He is among only 10-12 Jewish residents in the complex.

In one item, a news crew filmed Schomberg being verbally abused on the street outside his home because he put on a kippah. He usually conceals it to prevent such incidents.

Three times over the summer rioting took place in Schilderswijk, near the Jewish-owned area, and on each occasion there were flags identified with the ISIS Islamist group. Two of the rallies also featured calls to kill Jews and in the third protesters hurled rocks at police and used municipal flowerbeds to barricade the neighborhood’s main street.

The rallies took place amid a series of attacks on Jews in the Netherlands in the wake of Israel’s war in the Gaza Strip with Hamas. Two people were physically assaulted for displaying an Israeli flag.

Separately, a man in the eastern city of Arnhem and identified in Dutch media only as Nathan was beaten on the street by seven men who heard him speaking on his cellular phone in Hebrew, the De Telegraaf daily reported. He told the daily he would not speak the language in public again.