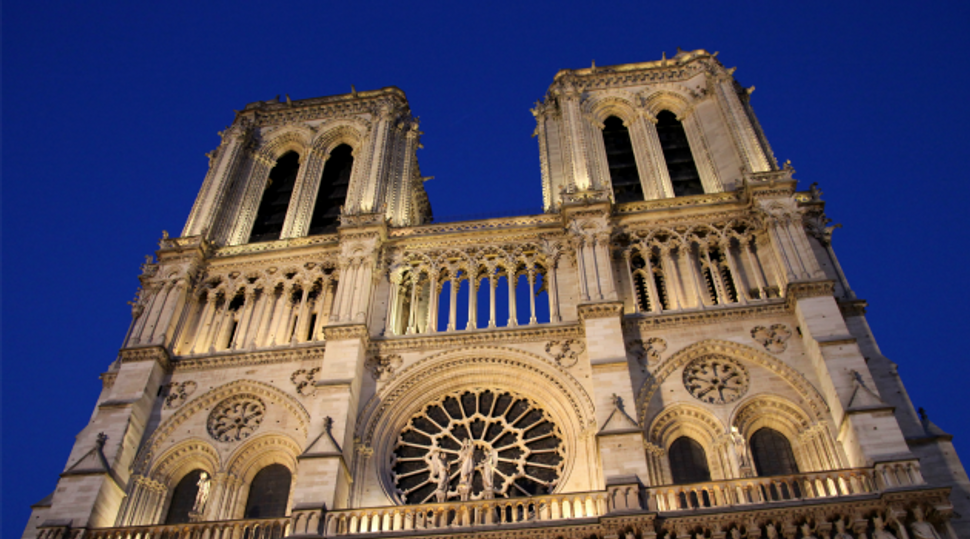 The Notre Dame Cathedral in Paris. Image by Wikimedia

An Israeli tourist was arrested and thrown in jail for flying a drone over Paris landmarks.

The Israeli man, 24, was arrested Oct. 1 and spent the night in jail. The following morning he was levied a nearly $650 fine for “operating an aircraft non-compliant with safety laws,” the French news agency AFP reported.

The man was arrested in front of the Notre Dame Cathedral, where the drone, equipped with a professional mounted camera was flying. It also had flown over the historic Hotel Dieu hospital and a police station, AFP reported.

The tourist told police he did not know it was illegal to fly drones in France, and that he was filming Paris landmarks for personal use only.