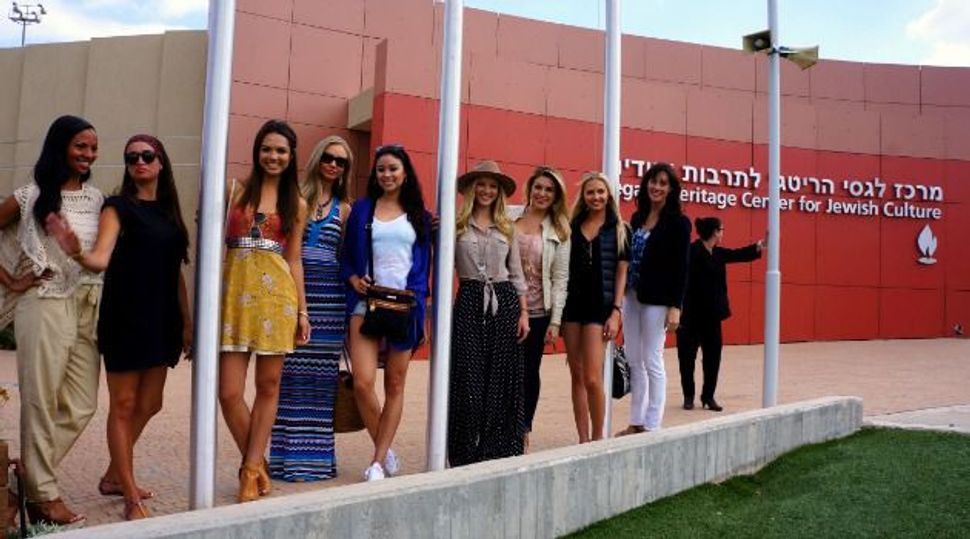 The women, including a Miss Teen USA title holder, and two competitors from the Miss Universe pageant, visited Israel for five days through Oct. 2 under the auspices of The Face of Israel, a private organization that promotes Israel internationally through outreach to influential decision-makers and opinion leaders.

The women shared their experiences on social media.

Many of the women in the delegation have launched successful careers in entertainment, business, government, and civil society, and met with their Israeli counterparts during the visit, according to The Face of Israel.

“The group of pageant winners engaged all sectors of Israeli society and learned about our vibrant democracy and serious security needs during their visit. At a time when lies about Israel spread viral and some attempt to discredit the historical connection of the Jewish people to our homeland, these women have shared the truth of Israel – indeed the face of Israel – to hundreds of thousands of their followers in just a few short days, ” according to Ariel Bulshtein, CEO of The Face of Israel.

Miss America 2013 Mallory Hagan wrote on her blog: “It’s hard to put in to words what this experience is doing for me. Meeting so many people with such pride and loyalty to the state of Israel, but also with such an immense grasp of what is important in life. Of all of the travels I have been lucky enough to enjoy, I know this will be the most life-changing. I am so grateful to be here.”