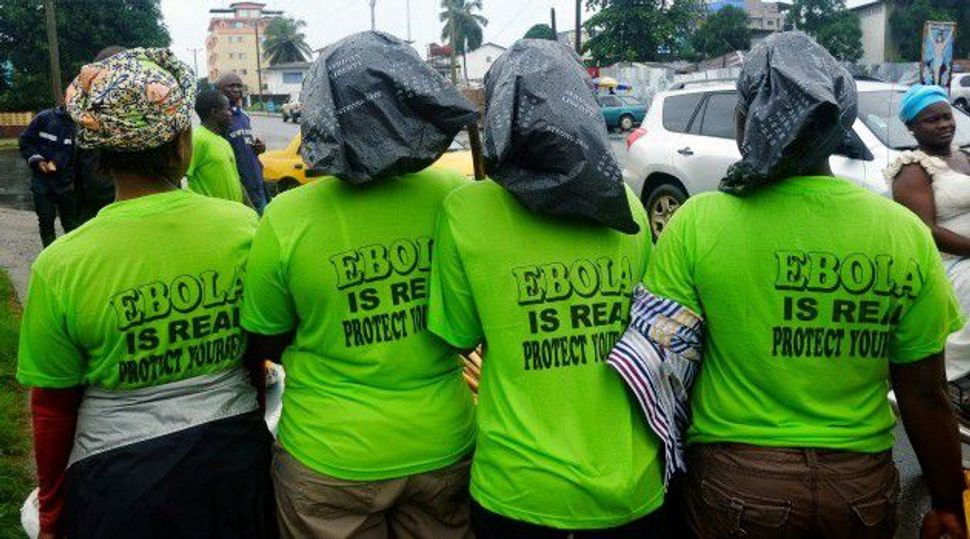 A staff of Israeli medical experts will be attached to each clinic, and they will train the local health care workers in the operation of the clinic and its equipment, the Ministry of Foreign Affairs said in a statement. In addition, staff training will focus on preventing the spread of the disease and raising awareness among populations with high potential for infection.

The clinics, which were manufactured in Israel, were built in accordance with standards and guidelines of the World Health Organization for the treatment of Ebola, according to the ministry.

An Israeli team has already been sent to Cameroon. The ministry also sent emergency equipment to the government of Sierra Leone, and in recent weeks shipped personal protection equipment to teams of the African Union.

The announcement comes after the Israeli government reportedly denied a U.S. request to assist in medical relief in Ebola-stricken West African countries after Defense Minister Moshe Yaalon rejected the request. The Foreign Ministry reportedly favored the request but sought the approval of the Defense Ministry.

Meanwhile, the Israeli non-governmental organization IsraAid, which receives support from U.S. Jews, met this week with the first lady of Sierra Leone and is in discussions with local authorities about how to provide psychological and social counseling and increase local health awareness. IsraAid founder Shachar Zahavi told JTA that his organization is also in the process of recruiting medical personnel to join those treating the affected area in Liberia and Sierra Leone.

In the coming months IsraAid plans to send over 30 experts in post-traumatic stress disorder prevention and stress management to West Africa to conduct intensive training for local social workers and health workers.