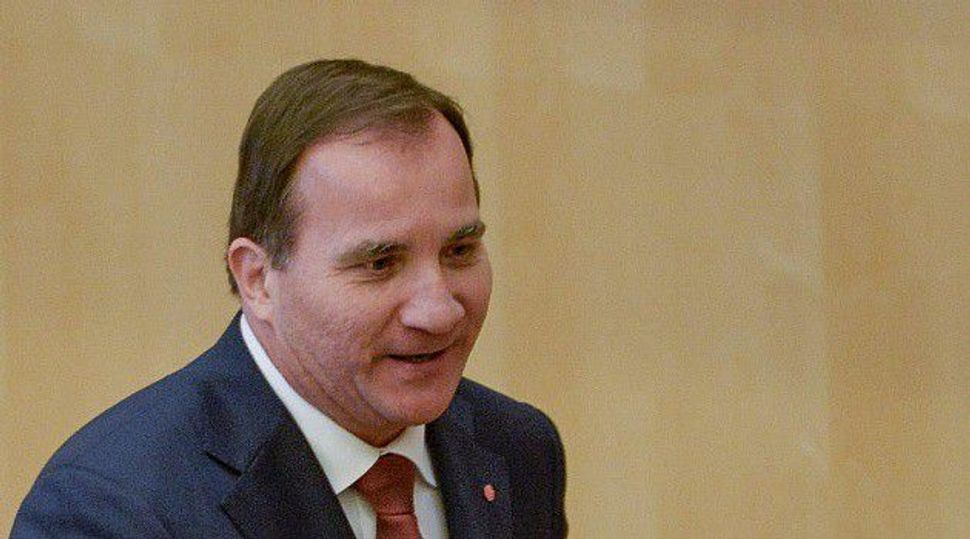 The Swedish Embassy in Israel appears to have walked back the new prime minister’s declaration that Sweden would recognize a state of Palestine.

In a statement released Sunday evening, the embassy said Sweden will recognize a Palestinian state at the conclusion of negotiations between Israel and the Palestinians.

“The conflict between Israel and Palestine can only be resolved through a two-state solution … negotiated in accordance with the principles of international law,” the statement said. “It must guarantee the legitimate demands of both the Palestinians and the Israelis for national self-determination and security. A two-state solution requires mutual recognition and a will to coexist peacefully. Therefore, Sweden will recognize the State of Palestine.”

The statement was released hours after Israeli Foreign Minister Avigdor Liberman said he would summon the ambassador from Sweden over the declaration by new Prime Minister Stefan Loven that his government would recognize the state of Palestine. Lofven did not say when Sweden would recognize Palestinian statehood.