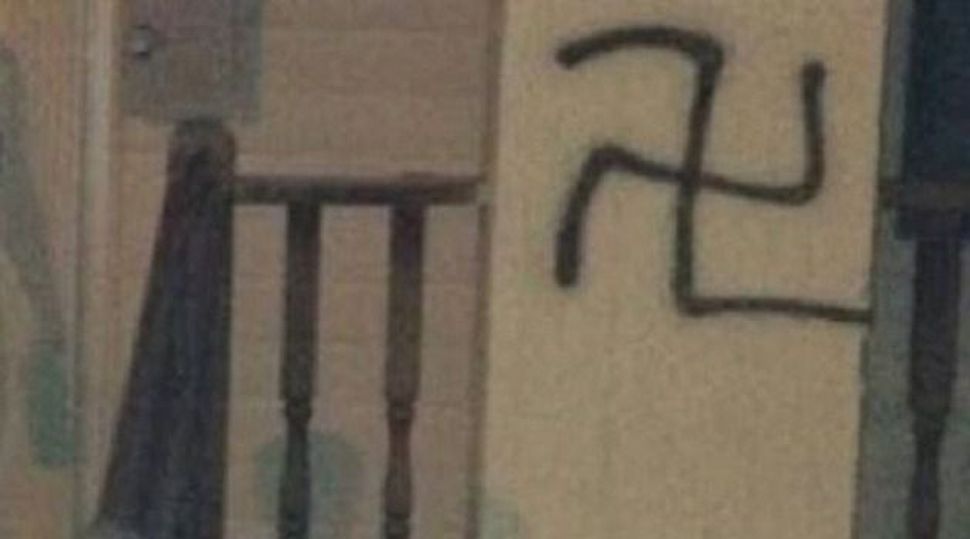 A historically Jewish fraternity house at Emory University was targeted with anti-Semitic graffiti.

The Alpha Epsilon Pi house was defaced with swastikas and other graffiti early Sunday morning in the hours after the end of Yom Kippur.

The Student Government Association, sent an email Sunday night calling on the Emory community to wear blue on Monday to support Emory’s Jewish community and in condemnation of the “reprehensible act of bigotry,” the student newspaper The Emory Wheel reported.

Swastikas also were drawn on the eighth floor of the main campus library last month, the Wheel reported. Emory police are investigating the incident.