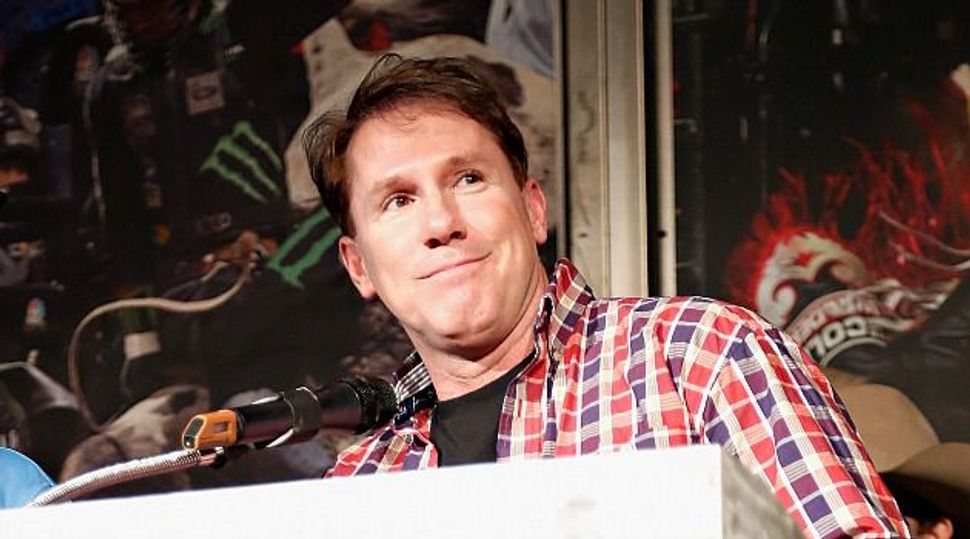 Popular novelist Nicholas Sparks is being sued for racial and religious discrimination by the former headmaster of a private school he founded.

Saul Hillel Benjamin, a practicing Quaker who is Jewish by background, has filed a federal lawsuit against Sparks, charging the bestselling author with making racist, homophobic and anti-Semitic remarks while Benjamin headed The Epiphany School, a K-12 school Sparks founded in New Bern, North Carolina.

The lawsuit, which also names the school and the Nicholas Sparks Foundation, was filed in the U.S. District Court in North Carolina on Oct. 2.

Benjamin was hired before the 2013-14 school year with a four-year contract.

According to the lawsuit, “Sparks unlawfully engaged in relentless and discriminatory campaign to humiliate, degrade and defame Saul Hillel Benjamin – Epiphany’s most visible employee of Jewish heritage and ethnicity.”

The lawsuit also states that: “On numerous occasions, Defendant Sparks and other members of the board displayed contempt for Mr. Benjamin’s Jewish heritage and Quaker faith.”

The lawsuit says that at a public forum shortly before he was fired, Benjamin was “forced” to “recite his religious beliefs and discuss his Jewish heritage in front of the entire School community, including parents of the student body. The Board stood by and even applauded as a group of vocal parents publicly pilloried Mr. Benjamin with accusations, insults and threats” over his religious beliefs and their relation to his “Jewish ethnicity.” Benjamin was fired two days later.

“As a gay, Jewish man who has represented Nick for almost 20 years I find these allegations completely ludicrous and offensive,” Schwimer said.