British Parliament To Vote on Recognizing State of Palestine 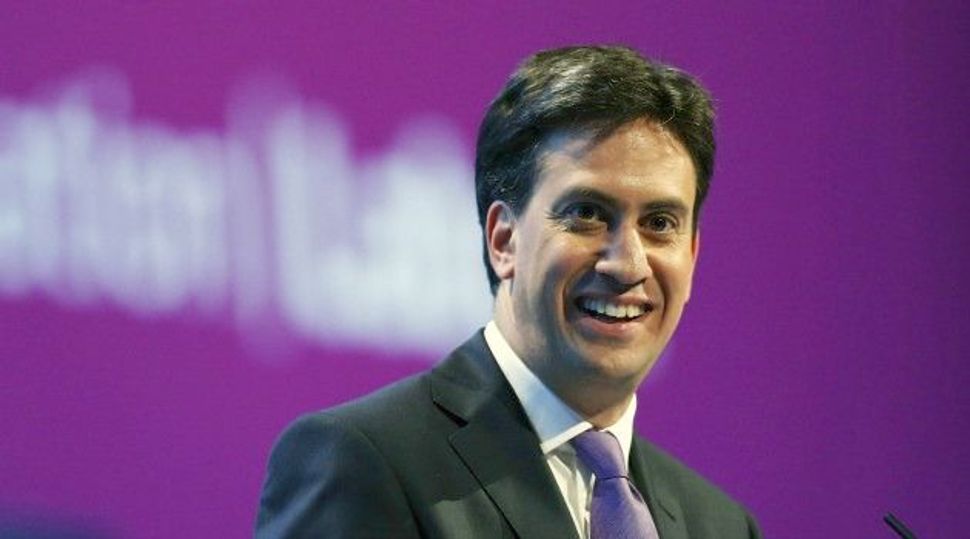 Recognition Dilemma: British Labour Party leader Ed Miliband will be among the lawmakers voting on a largely symbolic measure to recognize Palestine as a state. Image by getty images

British lawmakers will next week hold a symbolic parliamentary vote on whether the government should recognize Palestine as a state, a move unlikely to shift official policy but designed to raise the political profile of the issue.

Britain does not class it as a state, but says it could do so at any time if it believed it would help the peace process between the Palestinians and Israel.

The motion due for debate in Britain’s lower house of parliament on Oct. 13 will ask lawmakers whether they believe the government should recognize the state of Palestine.

It is unlikely to win approval through the British parliament because it is at odds with official policy, but even if it did pass, it is non-binding and would not force the government to changes its diplomatic stance.

“It’s against the government position, but it’s not an attack on them as such, we just feel that now’s the time shout out loud that this should be done,” said lawmaker Grahame Morris from the opposition Labor party who is sponsoring the debate.

“Not only is statehood the inalienable right of the Palestinian people, but recognizing Palestine will breathe new life into a peace process that is at an impasse.”

The debate comes as Sweden’s new center-left government is set to officially recognize Palestine, a move that has been criticized by Israel.

The U.N. General Assembly approved the de facto recognition of the sovereign state of Palestine in 2012 but the European Union and most EU countries, including Britain, have yet to give official recognition.

“We continue to believe that negotiations toward a two-state solution are the best route to meeting Palestinian aspirations in reality and on the ground,” a Foreign Office spokesman said.

While Gaza’s boundaries are clearly defined, the precise territory of what would constitute Palestine in the West Bank and East Jerusalem will only be determined via negotiations with Israel on a two-state solution, negotiations which are currently suspended.

British Parliament To Vote on Recognizing State of Palestine