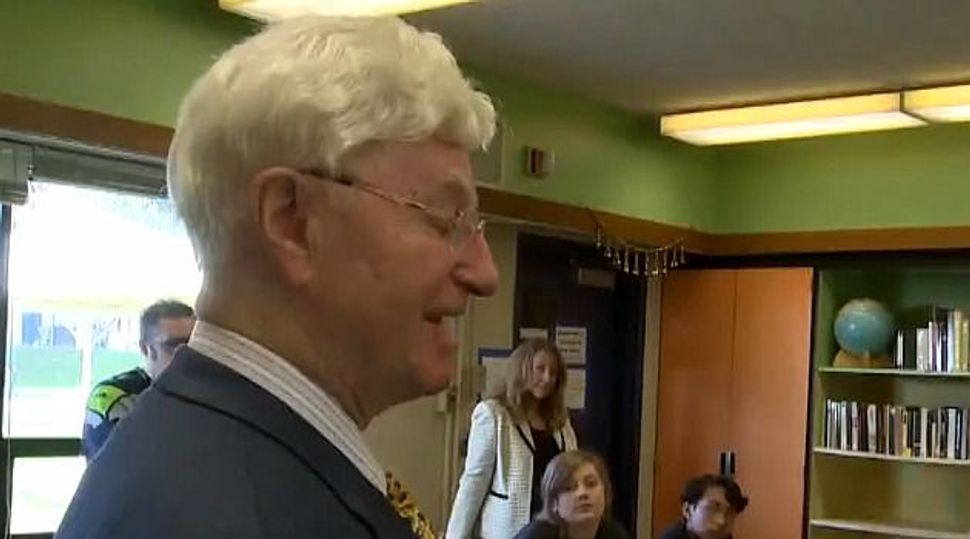 Image by Courtesy of KING TV

(JTA) — A high school diploma may not be worth as much nowadays as it once was. But for one Holocaust survivor, it’s still extremely valuable.

The Holocaust interrupted the high school education of Henry Friedman, a Poland native who now lives on Mercer Island. But this week, at 86, he will get an honorary diploma from the Seattle area’s Kent School District, where he has been volunteering for more than 20 years, King 5 News reported.

Friedman is a regular visitor to local schools, where he shares his story of hiding in a barn for 18 months. He says he was one of fewer than 100 Jews in his town — out of a population of 10,000 — to survive the Holocaust.

Fittingly his presentations frequently emphasize the importance of education.

“We had properties in Europe. Most of it was lost. We had money. Most of that was lost. But I was able to carry through borders whatever teachers had put through my head,” he told a freshmen history class at Kent Mountain View Academy, King 5 News reported. “Nobody can take that away from you.”