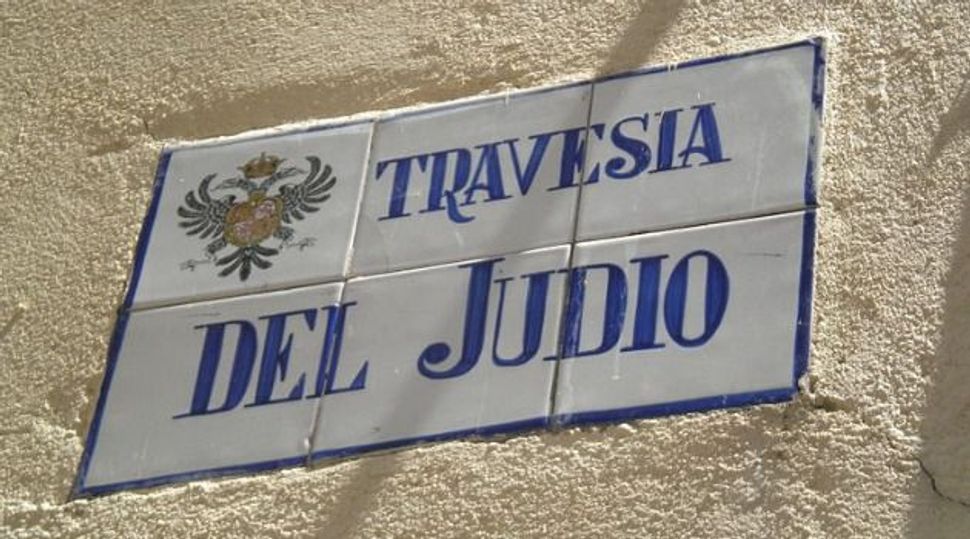 The city of Toledo in central Spain is launching a two-day cultural festival themed around the Jewish holiday of Sukkot.

The festival, which ends on Oct. 12, will feature Sephardic music; workshops on how to build a sukkah – a flimsy hut where Jews eat during the holiday in memory of their ancestors’ nomadic existence in the Sinai Desert; and Sephardic cuisine.

“It’s a way for this city to reconnect to a Jewish past that was so rich, it was a second Jerusalem,” said Hugo dos Santos, a Portuguese man whose tourism firm, Meet Spain, is helping the municipality set up the Sukkot festival for the second year.

In 1391, there were five Talmudic schools and 10 synagogues in Toledo — once home to one of the Iberian Peninsula’s largest Jewish populations. The city’s Jewish population was converted to Christianity or exiled in the following years as part of the Spanish Inquisition – a campaign of religious persecution against Jews and other non-Christians led by the Spanish royal house and church. Today, fewer than 100 Jews live in Toledo.

Lawmakers in Spain and Portugal recently advanced legislation which would offer Spanish nationality to any proved descendants of Iberian Jews, or Sephardim. In parallel, dozens of municipalities that are rich with Jewish patrimonial sites in both countries have formed a network designed to promote the preservation and celebration of Sephardic heritage sites and culture.

Last year, the Federation of Jewish Communities of Spain asked the Spanish Catholic Church to hand over a museum which used to be synagogue and later a church.

Built 834 years ago, the Ibn Shushan Synagogue – or Santa Maria la Blanca church – is one of Spain’s most popular museums. It drew approximately 300,000 visitors in 2010, half of them locals.