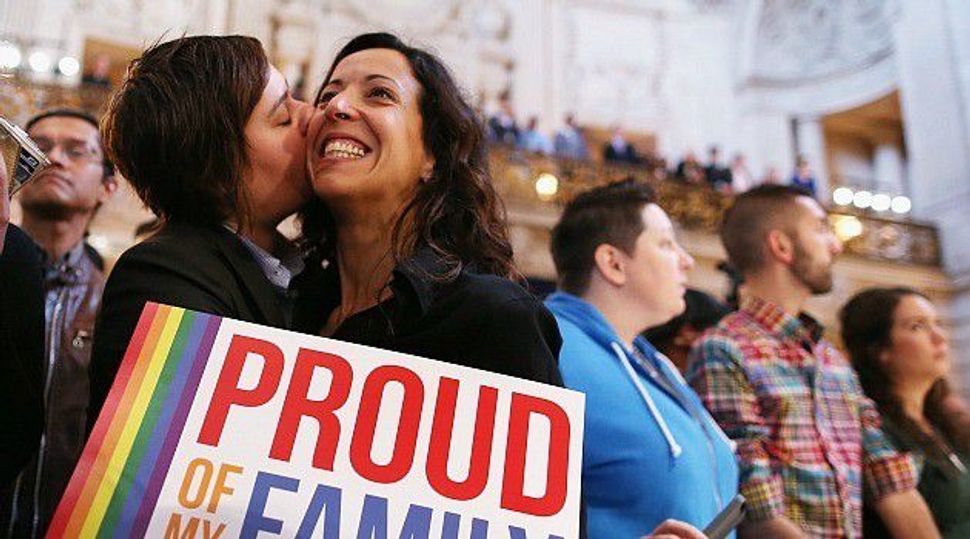 Reform and Orthodox groups had opposite takes on the Supreme Court decision not to hear gay marriage cases, effectively extending the right to a majority of the states.

“The Supreme Court’s decision to leave in place lower court rulings that have the potential to bring marriage equality to more than half of the states is cause for celebration for those Americans who will now be able to marry the person they love, no matter their gender,” the Religious Action Center of the Reform Jewish movement said in a statement Tuesday after the court turned away five appeals of lower court rulings permitting gay marriage.

The effect of the denial was to increase from 19 to 30 the number of states where same-sex marriage is legal.

Agudath Israel of America said it remained committed to the definition of marriage as being between a man and a woman.

“Agudath Israel of America remains committed to defending marriage as it has been understood since time immemorial: the sanctioned union of a man and a woman,” the group said in a statement. “We do not believe that the constitution demands an abandonment of history.”