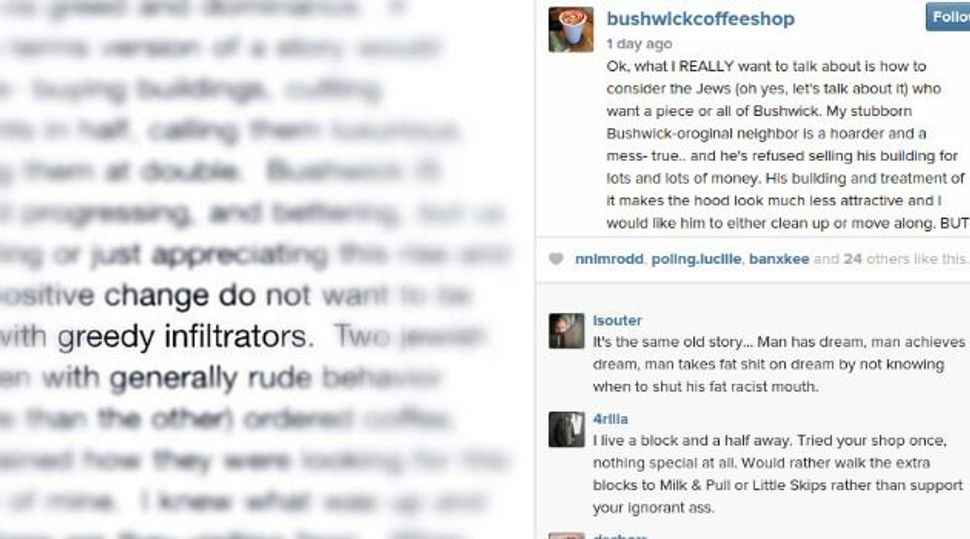 Michael Avila, owner of The Coffee Shop in the Bushwick neighborhood, offered “deep and sincere apologies” on Monday to anybody he may have hurt with his rant published last week on his sites. The rant reportedly went viral.

He told DNAinfo New York that his mother’s best friend, who is Jewish, and other friends showed him how he could better choose words to make his point and not offend.

In the rant, Avila said that he wanted his neighbor to sell his building, “BUT NOT be bought out by Jews.” He said Jews “function via greed and dominance.”

He said in his statement to DNAinfo New York, “If I could go back in time, out of my love for Bushwick (as it always was) my post would have looked more like the following — ‘I believe it is wrong for any persons to buy real estate and then dislocate people from their homes for the purpose of self-service.’ ”